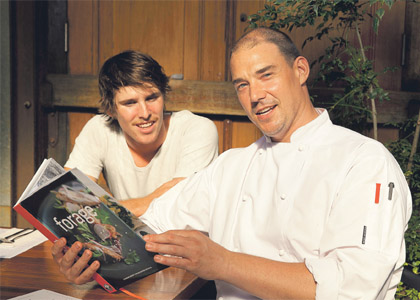 THE residents of the remote Nepalese village of Ghilling are a step closer to creating a sustainable local economy, with the help of a Perth-based not-for-profit group.

Upside Nepal was established five years ago after its founder and director, Cal Foulner, returned from a trip to the mountainous South Asian country.

“I lost my mother when I was in year 10, and so I guess that’s why I found myself in an orphanage in Nepal when I was 19,” Mr Foulner said. “I wanted to see what it was like to lose a parent in a developing country.”

In his short time working in the foreign aid sector, Mr Foulner’s views on the way aid should be delivered and the role aid organisations should play have matured significantly.

“We started raising money in the CBD to build an orphanage in Ghilling, but we quickly realised the more we raised, the more the villagers needed,” Mr Foulner told WA Business News.

“That’s the way aid goes; you create a need for yourself.”

A UWA finance student at that time, Mr Foulner, decided the process of giving aid needed to shift away from the ‘old-school’ model of handouts.

“Upside approaches villages and invests in agriculture initiatives because the villagers are naturally good at this kind of work, but they don’t have the knowledge or skills to do it in a commercial way,” he said.

“That’s where our skills and training come in; and once we’ve got to a stage where there’s a profitable orchard, then those funds can be used to run the school and boarding house.

“We don’t claim our model is complete; we’re proud of it, but we’re constantly trying to make it better.

“Our aim is to have a model, maybe 20 years down the track, that’s backed up by evidence and research that we can take to the big NGOs and try to get them to start using this more sustainable way of delivering aid based around social enterprise.”

It was this philosophy of aid, and the quest to find the best way of delivering it, that encouraged the Upside team to reappraise the way it raised money in Australia.

“We were spending all this time in Nepal talking about the importance of looking after yourself and saying ‘you can’t just expect people to give you money’, and at the same time that’s precisely what we were doing in Australia; we were begging on their behalf, and that didn’t really sit well with us,” Mr Foulner said.

The result of this thinking was Upside Nepal’s cookbook, Forage, which features recipes from 60 of Western Australia’s best restaurants from across the state.

“Forage is our own business enterprise, it is funding our social work, and that’s the direction we want to be heading in,” Mr Foulner said.

Funds raised from the cookbook’s sale will go toward the apple orchard being built in Ghilling, as well as Upside’s most recent project, a coffee plantation in Makaikhola Village, which the group hopes will help boost school retention and protect local children falling prey to the sex trade.