Fortescue Future Industries has lodged environmental documents for a renewable energy project near Ashburton that would be a multi-billion dollar development to rival the capacity of the state’s entire South West grid. 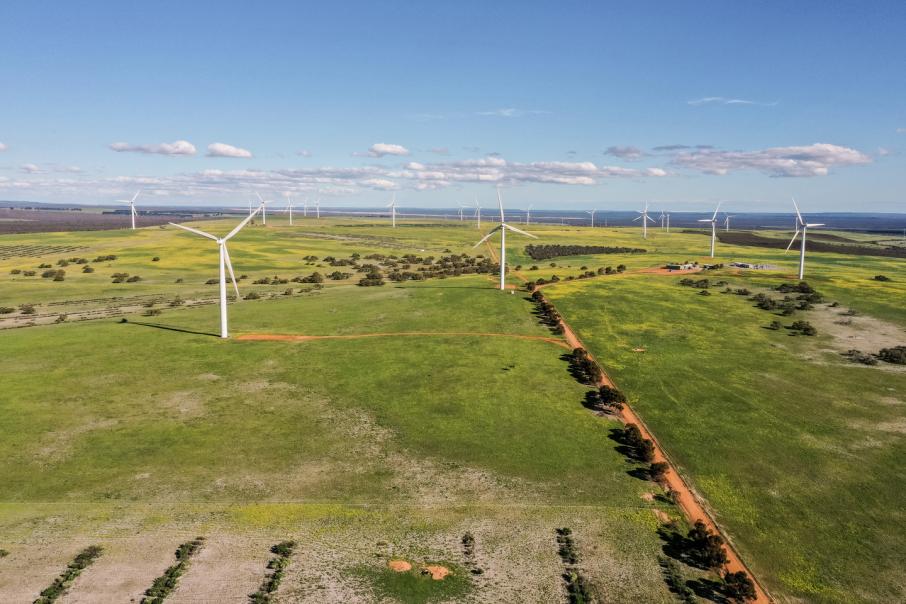 Fortescue Future Industries has lodged environmental documents for a renewable energy project near Ashburton that would be a multi-billion dollar development to rival the capacity of the state’s entire South West grid.

The green energy arm of mining giant Fortescue Metals Group has proposed 5.4 gigawatts of wind and solar generation to power iron ore operations in the Pilbara, which it has named the Uaroo Renewable Energy Hub.

The project will be built on the Uaroo pastoral station, which was acquired by Fortescue chairman Andrew Forrest in 2014, and the neighbouring Emu Creek Pastoral station, owned by the Elezovich family.

Timing and cost of the project is not yet finalised, and it is understood to be in a study phase.

The project would include 340 wind turbines and a 3.3GW solar farm, backed up by a battery system with more than 9GW hours of storage.

For context, the South West Interconnected System grid covering Perth, Geraldton and Kalgoorlie has 5.8GW capacity, according to the Australian Energy Market Operator.

The battery system would be almost 50 times the size of Tesla's Hornsdale battery in South Australia.

While there was no price tag on the proposal, a recent smaller comparison was Alinta Energy’s Yandin Wind Farm, opened in 2020 at a cost of $400 million with 210 megawatts of capacity.

That project had 51 turbines.

Western Australia is well-positioned to participate in the global renewable energy transition.

"This will support Fortescue’s industry leading commitment to achieve carbon neutrality for Scope one and two emissions in its mining operations by 2030.

"FFI has submitted a referral of the proposal under section 38 of the Environmental Protection Act 1986 and look forward to working with our neighbours and all stakeholders to further investigate and develop this project."

The green energy business has ambitiously pursued renewable energy developments in Australia and around the world, with about 10 per cent of parent company Fortescue's profits to be allocated to green projects each year.

The Uaroo hub would provide green energy to power Fortescue’s mining operations and reduce its emissions by 1.5 million tonnes of carbon dioxide annually.

Construction would take seven years, and the project was expected to operate for at least 30 years, with a further four for decommissioning.

A construction camp with capacity for 1,600 people is proposed in the documents, giving a rough guide as to potential employment if building goes ahead.

Numerous large scale renewable and hydrogen projects have been proposed in WA in recent years, including Intercontinental Energy’s Asian Renewable Hub in the Pilbara.

But few have immediate access to the capital to develop a project of this scale, or an offtake customer.

FFI will have an advantage on both fronts, with a market capitalisation of $65 billion and a ready customer to offtake the power: Fortescue’s own Pilbara iron ore operations.

The project is now open for public comment through the Environmental Protection Authority.