Andrew Forrest’s Fortescue Metals Group is accumulating tenements near the coastline around Carnarvon, with applications lodged for more than 50 blocks in recent weeks. 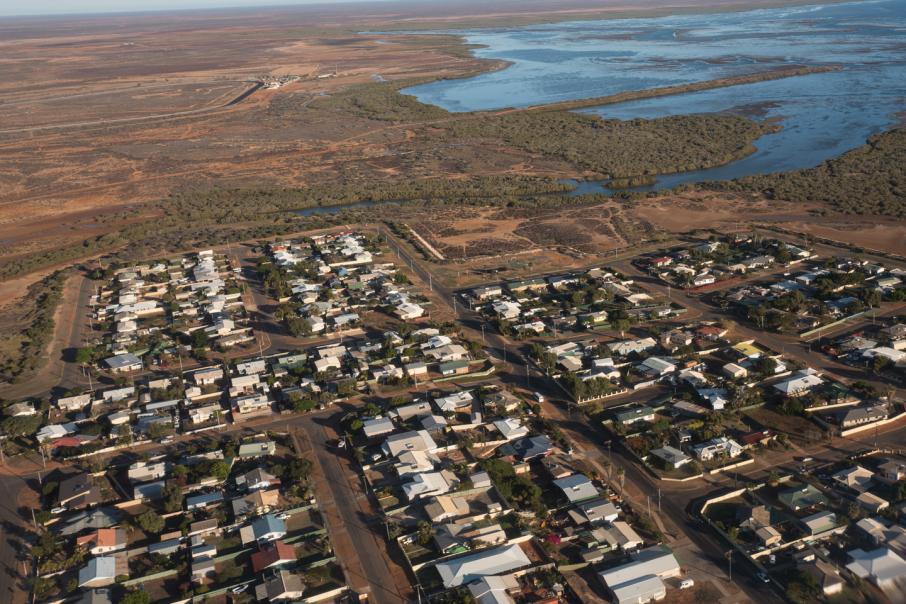 The town of Carnarvon seen from the air in 2017. Photo: Attila Csaszar

Andrew Forrest’s Fortescue Metals Group is accumulating tenements near the coastline around Carnarvon, with applications lodged for more than 50 blocks in recent weeks.

The exploration tenements are spread from Wooramel, near Shark Bay, to Yannarie, near the Exmouth Gulf, according to data from LandTracker and the state government.

The region covered stretches for at least 300 kilometres.

The applications are pending and were lodged by FMG Resources, which Australian Securities and Investments Commission data shows is controlled by Fortescue Metals Group.

FMG chief financial officer Ian Wells is one of the entity’s directors.

It is not clear which commodities would be targeted in the exploration plan.

The land sits near operating and planned solar salt projects, while Fortescue has undertaken exploration for other commodities such as gold.

The tenements are also near blocks held by ASX-listed Province Resources, which recently signed memorandums with the Shire of Carnarvon and French renewables business Total Eren to investigate a potential green hydrogen project.

One industry source said the tenements together had an area of more than 30,000 square kilometres and it was the most substantial move to permit an area of land in one swoop they had seen.

They estimated the cost to peg the ground as $3 million.

The state government's tenement tracking data shows payments for applications between $3,000 and $25,000 per tenement.

The company would not be drawn on its plans, however.

"Upon grant, Fortescue will be entitled to explore this area for minerals. No timeframe is confirmed for exploration activities at this stage.

Also today, the chief executive of FMG’s green subsidiary Fortescue Future Industries, Julie Shuttleworth, said in an ASX announcement the company was becoming confident hydrogen could be stored and transported as a zero-carbon fuel.

"We set out to test the hypothesis that there was sufficient 100 per cent renewable green energy, hydrogen, ammonia and industrial manufacturing potential, for products such as green cement, green fertilizer, green iron and steel, to fully satisfy the world's needs,” she said.

“To do so, Fortescue chairman, Dr Andrew Forrest AO led two significant overseas expeditions alongside 50 area experts, spending more time on the road than at home in the last 12 months.

“As a result, the company has confirmed that hypothesis.”

At a facility in Hazelmere, Fortescue has been researching use of hydrogen to decarbonise heavy industry.