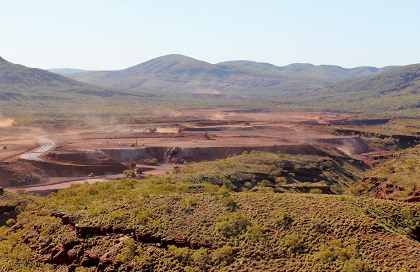 Fortescue Metals Group has awarded Leighton Contractors a five-year $US1.5 billion contract to run mining operations at its Firetail iron ore project in the Pilbara.

Leighton will employ about 600 workers at Firetail, operating the open cut mining fleet and handling plants and associated infrastructure.

Firetail, part of Fortescue's Solomon hub in the Pilbara, is expected to produce 20 million tonnes of iron ore per year from the end of March 2013.

Fortescue chief executive Nev Power said the awarding of the mining and operations contract was a key milestone in the company's plan to expand its production to 115 million tonnes of iron ore per year from the end of March 2013.

The company's expansion plans were reduced from 155 million tonnes per annum earlier in September.

Leighton chief executive Hamish Tyrwhitt said the deal was a win for both companies, with Fortescue outlaying most of the capital to purchase the mine equipment but saving on mining running costs.

As part of the agreement, Leighton has committed to engage graduates of Fortescue's indigenous training and employment program in its Firetail operations.

Leighton was named as preferred mining contractor for the overall Solomon Hub development in May, but Fortescue subsequently revised its growth plans, halting work on the 40mtpa Kings mine.