Indigenous contracting in the Pilbara is getting more competitive, more complicated and arguably more divisive, as players chase a shrinking pool of work. 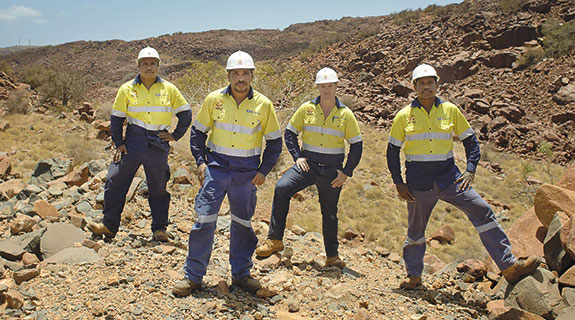 Indigenous contracting in the Pilbara is getting more competitive, more complicated and arguably more divisive, as players chase a shrinking pool of work.

Setting up a contracting business in the Pilbara at the tail end of the mining construction boom does not seem like smart business, yet that is what two indigenous groups have done in the past two years.

Wintawari Guruma Enterprises and Yurra have entered a market that was always competitive, but has become even more so as the big miners have slashed spending.

They have also entered a market where it’s difficult to disentangle Aboriginal politics from commercial opportunities. 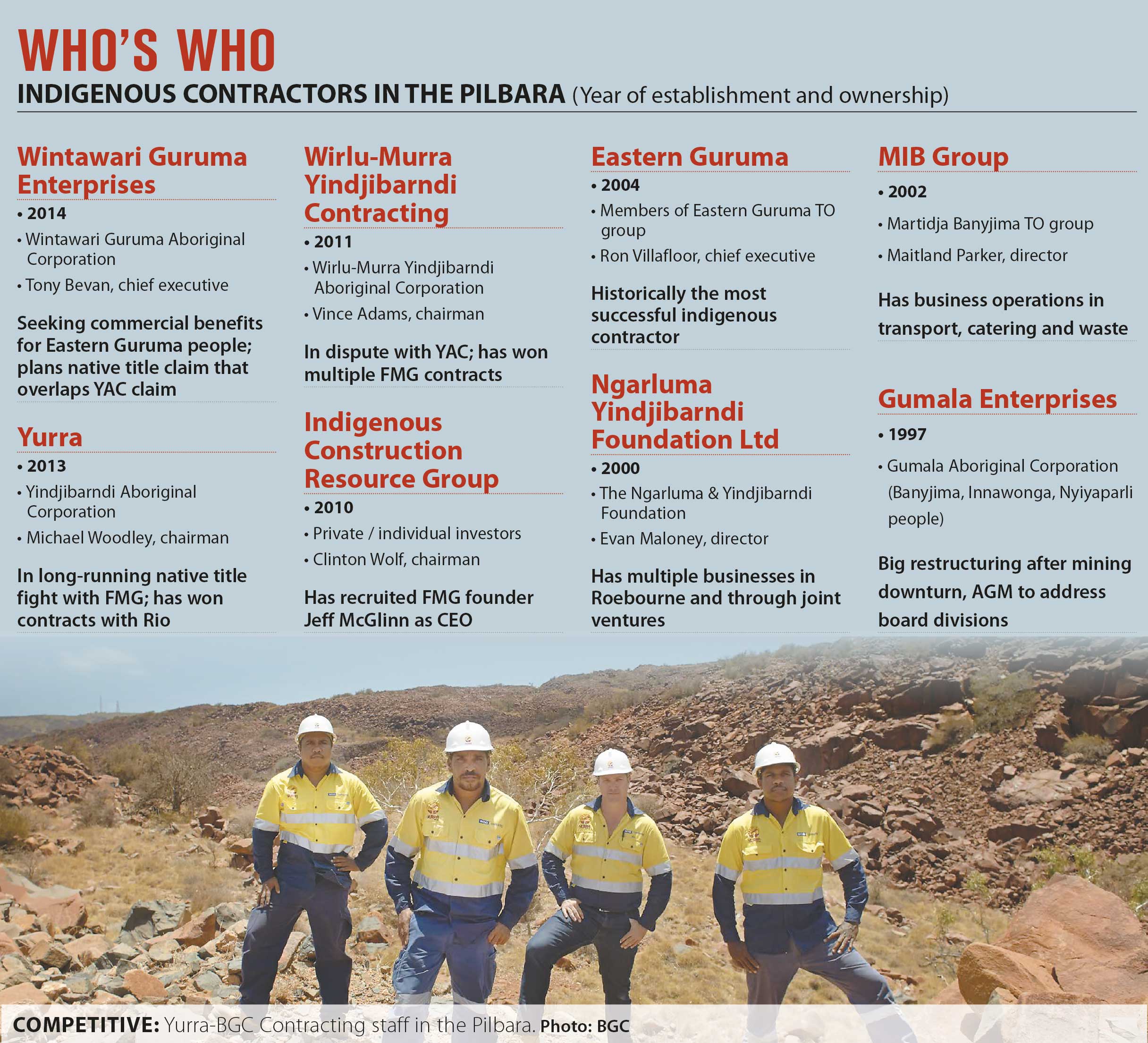 The Yindjibarndi Aboriginal Corporation established Yurra after the signing of a land-use agreement with Rio Tinto in 2013.

Rio Tinto chief executive iron ore Andrew Harding was fulsome in his praise for the deal.

“Not only have we secured certainty for the ongoing operations and exploration across the area, but we have also reached an agreement that will deliver substantial benefits to future generations of Yindjibarndi people,” Mr Harding said at the time.

Yurra chairman Michael Woodley said the agreement between YAC and Rio also provided an opportunity for the Yindjibarndi traditional owners to reap commercial benefits from the Pilbara mining industry.

“Instead of being spectators, we want to be in the midst of their business,” Mr Woodley told Business News.

Yurra has subsequently formed a joint venture with BGC Contracting and started winning contracts, most recently with Rio on its rail lines at Dampier and Cape Lambert.

These achievements have been overshadowed by publicity surrounding an acrimonious dispute between Mr Woodley and Fortescue Metals Group over royalties on its Solomon hub mining operations.

YAC is playing a long game in its dispute with Fortescue. For 11 years it has been pursuing a native title claim for ‘exclusive possession’ covering much of the Solomon hub; it would be in a much stronger bargaining position if successful.

However, the future of that claim has been muddied by the Wintawari Guruma Aboriginal Corporation’s plans to pursue a competing claim.

The competing claims have unleashed a war of words, with Mr Woodley describing a “toxic convergence of interests” to explain WGAC’s actions.

For its part, WGAC says its members are refusing to buckle to YAC’s bullying tactics.

WGAC is the native title body that represents the Eastern Guruma people.

It has become more active in recent years, after concluding that others were reaping benefits from mining and contracting activity on its land.

WGAC’s response has included the establishment of its own contracting arm, which will compete with established players such as the privately owned contractor Eastern Guruma.

It’s the latest of several jointly owned ventures set up by Perth-based ICRG, which earlier this week announced the recruitment of former NRW Holdings managing director Jeff McGlinn as its new chief executive.

That will provide a substantial boost for ICRG, with Mr McGlinn already attracting several former NRW staff to join him at ICRG.

Muntulgura Guruma’s first contract, worth $8 million a year, is at FMG’s Solomon hub, fuelling Mr Woodley’s allegations of a toxic convergence of interests.

Mr Woodley has also been highly critical of Wirlu-Murra Yindjibarndi Aboriginal Corporation, which he says is a breakaway backed by and doing the bidding of FMG.

Wirlu-Murra counters that YAC was not properly representing the interests of the Yindjibarndi people.

Wirlu-Murra’s business arm has been one of the most successful indigenous contractors since it was established in 2011, winning multiple contracts with FMG – mostly in joint ventures with Eastern Guruma.

Another group in the midst of an acrimonious dispute is Gumala Aboriginal Corporation, which has slashed jobs and cut spending after being hit by a sharp fall in iron ore royalties and contracting income.

Its upcoming annual meeting will provide an opportunity for members to cast their vote on the dispute, which has pitted ousted chair Charles Smith against current chair Lisa Coffin.