Aboriginal businesses have won more than $13 million worth of contracts to work on Fortescue’s Iron Bridge magnetite project. 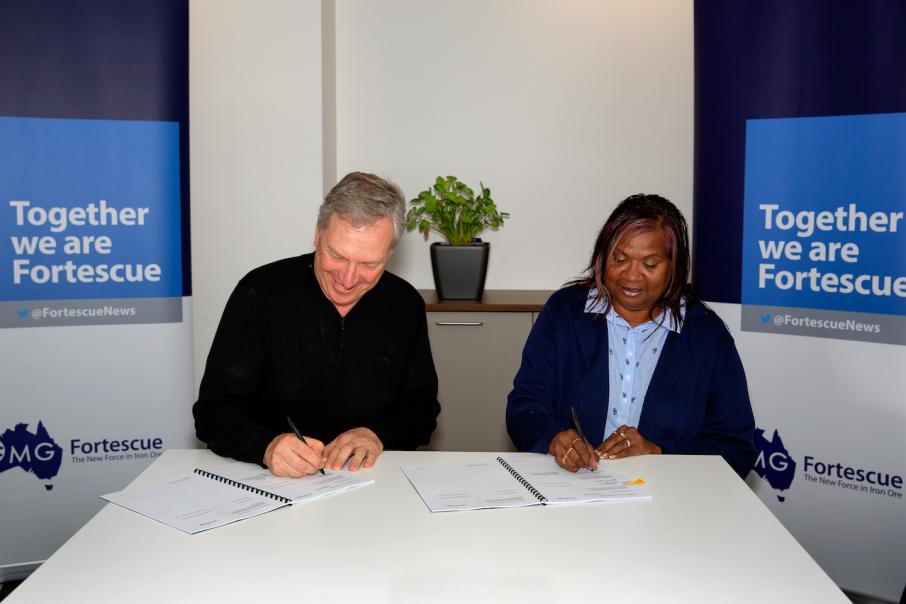 Signing of the contract between Fortescue and Jukawalyi Resources. Photo: Fortescue Metals Group

Aboriginal businesses have won more than $13 million worth of contracts to work on Fortescue’s Iron Bridge magnetite project.

Iron Bridge is located in the Pilbara and is expected to produce 22 million tonnes per annum of high grade magnetite concentrate from mid-2022.

The Jukawalyi deal is for the supply of light vehicles for Iron Bridge, with Fortescue acting as a guarantor on the purchase of the vehicles.

Their contract is for the completion of non-mining process infrastructure work, including designing and constructing the main ore processing facility administration building and associated facilities.

Both contracts were awarded through Fortescue’s Billion Opportunities program, which, since its inception in 2011, has awarded more than $2.7 billion in contracts and sub-contracts to Aboriginal businesses and joint venture partners.

Fortescue chief executive officer Elizabeth Gaines said the business was proud of its relationship with Native Title groups across the Pilbara.

“These contracts will provide the opportunity to build local capability and asset ownership for these local Aboriginal businesses,” she said.

“As a small family business based in Port Hedland, the ability to access finance in addition to the contract with Fortescue is transformative, providing us with the ability to take our business to the next level,” she said.

“With the Pilbara positioned for ongoing development, the securing of this project leaves us well-positioned to capture future opportunities for both Yulu JV and the Njamal people,” he said.