Fortescue Metals Group has agreed to revise the alignment of its Eliwana rail line, currently under construction in the Pilbara, to avoid damaging Aboriginal heritage sites. FMG’s decision is a win for Wintawari Guruma Aboriginal Corporation. 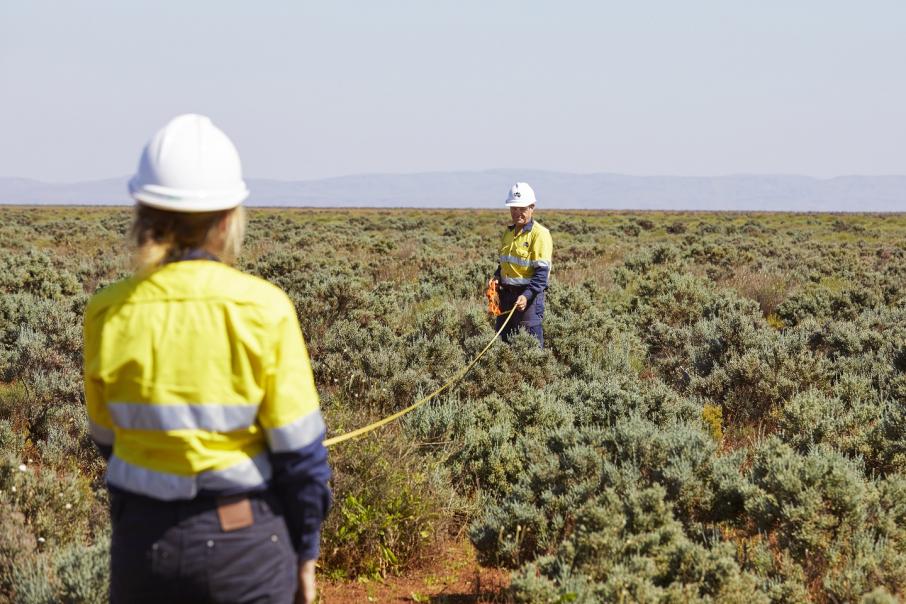 Fortescue Metals Group has agreed to revise the alignment of its Eliwana rail line, currently under construction in the Pilbara, to avoid damaging Aboriginal heritage sites.

FMG’s decision is a win for Wintawari Guruma Aboriginal Corporation, which has been campaigning for more than a year to alter the rail alignment.

The agreed changes were revealed today by WA’s Environmental Protection Authority, which has recommended approval for construction of the 120-kilometre Eliwana railway subject to several conditions.

Foremost among these are three changes to the railway alignment, to protect places of recognised Aboriginal cultural heritage as well as native vegetation and fauna.

The EPA also recommended that Fortescue be required to contribute to an approved fund to offset up to 3,690 hectares of native vegetation clearing. This will cost up to $3 million.

EPA chair Tom Hatton said the review of the project included extensive consultation with the Eastern Guruma people, who are the traditional owners of the land and represented by Wintawari Guruma.

“The expanded consultation with indigenous owners and the proponent, which was made possible as a result of the EPA’s public review process, resulted in a revised railway alignment to minimise direct and indirect impacts to cultural sites, including noise and visual impacts,” Dr Hatton said.

Wintawari chair Glen Camille congratulated the EPA and Dr Hatton for the consultation process that has occurred.

"The EPA in its recommendations and the application of its Social Surrounds Guideline has recognised the importance of direct and indirect impacts to important cultural sites."

Specific changes include moving the rail line 375 metres to the south of the Nharraminju Wuntu rock art complex, and 100 metres from the boundary of the Kumpanha Dancing Grounds.

The third change would move the rail line and associated bridge 2.1 kilometres from the Hamersley Station homestead.

Chief executive Elizabeth Gaines said Fortescue welcomed the EPA’s decision and would continue working with the Eastern Guruma people and their representatives.

She added the Eliwana mine and rail project was proceeding on time and budget.

Wintawari had claimed the state government’s Aboriginal Cultural Material Committee adopted a flawed approach when it assessed Fortescue’s application to build the railway to its planned Eliwana mine.

The EPA’s report to the Minister for Environment is now open for a two-week public appeal period.

The minister will make the final decision.

“The rock art precinct contains an unusually large and diverse range of engravings, representing stylistic and technological changes over many thousands of years,” the report stated.

“The area has been used for thousands of years and is still in use for traditional activities, thereby demonstrating the site’s important ethnographic, archaeological and cultural values.”

“The Kumpanha Dancing Grounds is a place where generations of Eastern Guruma people have gathered, and still gather, to perform ceremonies, songs and dances,” the report said.

“It continues to be a ceremonial site of great importance to Eastern Guruma people. The site includes performance areas and surrounding associated camping grounds.

“The associated camping areas hold intrinsic value as a demonstration of the cultural logic that joins together the cultural narratives of the site as a whole.

“Based on Visual and Noise studies carried out by the proponent, it is uncertain what the indirect impacts to the Dancing Grounds or associated camping grounds from the construction or operation of the rail line as it was originally referred would be, however, given the proximity of the rail to the site, the EPA has taken a precautionary approach in its assessment,” the report stated.

The Hamersley Station Homestead was described as a highly valued place of historical and contemporary significance to the Eastern Guruma people.

“The Eastern Guruma people have an exclusive use arrangement for the homestead and immediate surrounds,” the EPA said.

“It is used as a cultural base for teaching, healing, meeting and planning land care activities, and is surrounded by burial places and other cultural sites.

“There is potential for the proposal to impact the amenity of the Homestead through noise and visual impacts.

“The originally referred proposal included a bridge crossing the existing Rio Tinto Rail approximately 1 km from the homestead, resulting in perceived significant noise and visual impacts to the amenity of those people using the Homestead.”