Fortescue Metals Group is continuing to accelerate its debt reduction by initiating repayment of nearly half of its $US2.04 billion in senior unsecured notes to its trustees that are due in 2015. 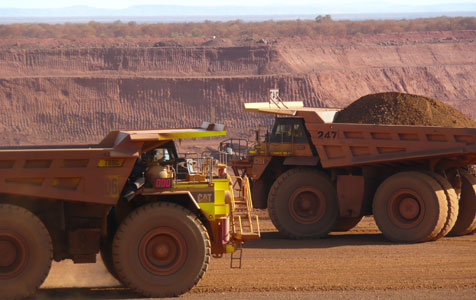 Fortescue Metals Group is continuing to accelerate its debt reduction by initiating repayment of nearly half of its $US2.04 billion in senior unsecured notes to its trustees, due in 2015.

The remaining balance of $US1.04 billion is expected to be retired in the coming months, subject to market conditions.

"The repayment of the 2015 notes is an historical turning point for the company and consisten with our well communicated strategy to repay the debt that funded our expansion. We have consistently delivered against our commitments and will continue to rapidly de-gear our balance sheet," FMG chief executive Nev Power said.

"The ability to take these concrete steps validates our strategy that allowed us to expand rapidly to meet customer demand and deliver significant shareholder value."

With the recent repayment of $140 million of preference shares and the repricing of its $5 billion term loan margin which saved $50 million earlier this month, chief financial officer Stephen Pearce believes FMG has built significant flexibility in its balance sheet.

"Fortescue's strong position, together with the reduction in capital expenditure as we near the completion of our expansion to 155 metric tonnes per annum, has enabled the company to begin our debt repayments in 2013. This continues to lower Fortescue's cost base and together with the recently completed term loan re-pricing means Fortescue's interest costs will immediately reduce by $US132 million per annum," Mr Pearce said.

"Further repayments and the potential step down in the term loan margin will provide further interest costs savings. Free cash flow generated from expanded production capacity and a focus on lowering costs will be applied to further debt reduction, reducing gearing towards 40 per cent, improving earnings and overall strengthening Fortescue's balance sheet."