Australia is a step closer to its first Aboriginal-owned and operated iron ore mine, after a deal sealed today between Fortescue Metals Group and Australian Aboriginal Mining Corporation. 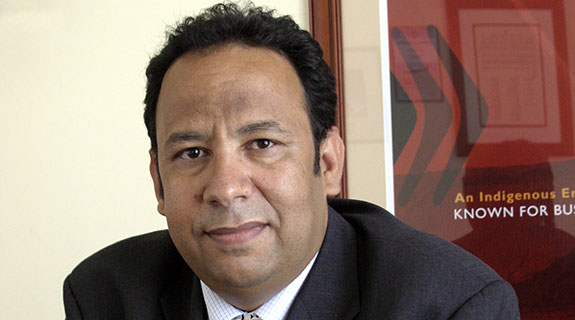 Australia is a step closer to its first Aboriginal-owned and operated iron ore mine, after a deal sealed today between Fortescue Metals Group and Australian Aboriginal Mining Corporation.

Business News revealed the venture, backed by Indigenous mining contractor Carey Mining, in March, when it received environmental approval for the mine, located about 70 kilometres north-west of Newman.

The deal means AAMC, which holds the tenements for the Extension and Breakaway iron ore projects, will be able to deliver up to 2 million tonnes per annum of ore through Fortescue's railway and port for a five-year period.

The amount can be varied depending on Fortescue’s excess capacity and volumes.

AAMC cautioned that development of the mine will only occur when the commercial environment becomes supportive and funding has advanced sufficiently.

With iron ore prices at historic lows, that suggests there may be a considerable delay beforer the new mine proceeds.

AAMC chair Daniel Tucker, who sits on the Prime Minister’s Indigenous Advisory Committee, was confident however.

“This is a great outcome for both AAMC and Fortescue, a fantastic result for our shareholders and an important step for the continued advancement of Aboriginal peoples in the Pilbara that will now see them sharing in the wealth that is generated on their traditional lands,” Mr Tucker said today.

"It is necessary to consider a range of factors when getting a mine into development, we cannot pinpoint this directly to the iron ore price.

"In saying that, we are hopeful that this partnership with FMG will see the operations up and running within the next 12 to 18 months.

"We would expect finance to be approved by mid-2016 latest and subsequently be in a position to commence production towards the end of 2016."

“Fortescue is proud to play a role in helping Aboriginal people seize the life-changing economic opportunities that mining can offer,” he said.

“Providing economic participation through our land access agreements as well as the payment of native title royalties is what drives real positive change in the communities in which we operate.

“Fortescue is focused on building up Aboriginal communities through full economic participation rather than passive welfare and today’s signing ceremony is another example of how all Australians can work together with respect to end Aboriginal disparity in our generation.”