Forrests fork out $30m for Jubilee and Quanbuan 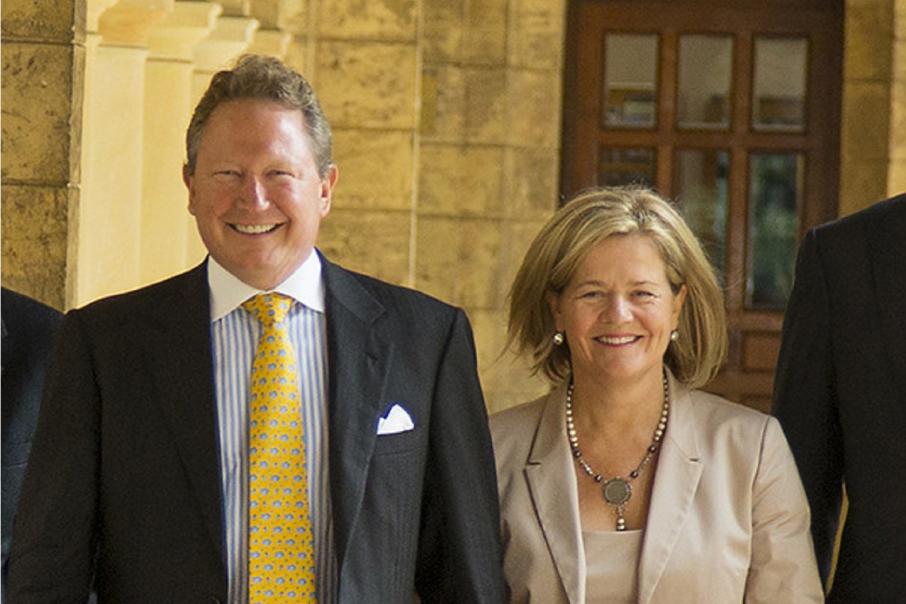 The adjoining Jubilee Downs and Quanbun Downs pastoral stations, totalling more than 220,000 hectares with capacity for 11,000 head of livestock, are located around 90km from Fitzroy Crossing in Western Australia’s north.

Having previously been owned by farming family Keith and Karen Anderson and Texas-based billionaire Ed Bass, both properties had been operated by the Andersons since 1987 following acquisition of the Jubilee Downs station.

The newly acquired stations are expected to add value to Harvest Road's existing supply chain, with the Andersons expected to continue their involvement with the properties by taking part in a baseline native fauna study at Jubilee Downs.

Andrew and Nicola Forrest said in a statement they were committed to the need for sustainable farming practices and regenerating the environment, and that they would work with traditional custodians of the land to preserve cultural sites in the area.

“We are passionate about the unique environment of the Kimberley, and the precious waterway and lifeforce that is the Fitzroy River,” they said.

“We strongly believe in the principle of balancing the need for sustainable agriculture and job creation for local communities, with the need to preserve culture and heritage sites, while restoring the land and its original fauna to its natural habitat.”

Tattarang acquired Harvest Road Group, then-Harvey Beef, in 2014 for $40 million, after the ailing beef business had been taken over by Asia-based investment fund Pacific Alliance Group just two years prior.

The business’ profitability surged in 2018 after a restructure combined the Forrest family’s five pastoral stations in the Pilbara region with the Harvey Beef business.

Harvest Road lodged plans with the Department of Planning, Lands and Heritage in January of this year to develop a $51 million, 40,000-capacity cattle feeding facility at its Koojan Downs property.

A decision on that development has yet to be returned.

According to Business News’ Data & Insights, Harvest Road Group’s revenue in the year to June 2019 was $344 million, placing it sixth on the agribusiness list.

The Forrest family’s connection to the Kimberley region dates back several generations to Alexander Forrest, Andrew Forrest’s great-great uncle, who explored the area in the late 1800s.

Other notable landholders in the Kimberley region include Gina Rinehart, whose Hancock Prospecting operates the Fossil Downs, Liveringa and Nerrima stations, and Kerry Stokes, who owns the Leopold Downs, Fairfield and Napier Downs stations.