Andrew Forrest's Minderoo Group has emerged as the surprise buyer of the state's largest beef processor, Harvey Beef, quashing speculation that the company would be sold to Chinese interests. 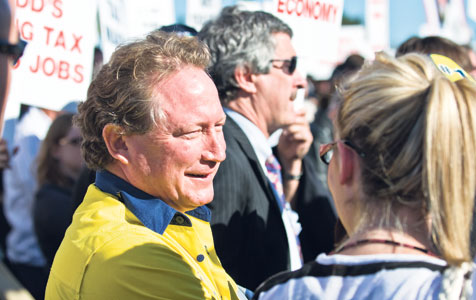 Andrew Forrest's Minderoo Group has emerged as the surprise buyer of the state's largest beef processor, Harvey Beef, quashing speculation that the company would be sold to Chinese interests.

Minderoo, which encompasses Mr Forrest's private business holdings and philanthropic work, will invest in upgrading the Harvey Beef facilities in a push to meet growing demand for premium beef in China and other emerging markets.

The deal brings Harvey Beef, which was sold to foreign interests in 2006 after more than 80 years of local ownership, back into Western Australian hands.

There had been speculation that WA-based Craig Mostyn Group was competing against several Chinese companies to acquire Harvey Beef.

Mr Forrest said he was determined to ensure the future of Australia's agricultural industry in China.

The Fortescue Metals Group chairman has stated his desire to open up live cattle exports into China, and more recently proposed a 100-year agricultural partnership between China and Australia.

“I have always been a firm believer and an even stronger supporter of the Australian agricultural industry," Mr Forrest said.

"Harvey Beef has been an iconic brand for almost a century and I am delighted to work with its team to ensure Harvey Beef makes a significant and growing contribution to the state's economy and Australia's agricultural industry for the next century.

“We hope this acquisition will send a strong message of confidence in the future of the industry, to provide confidence to increase supply and make Australia the supplier of choice to meet Asia's long term food security requirements."

The Peter Fogarty-led Pendulum Capital advised Minderoo on the transaction.

Harvey Beef is Western Australia's only accredited beef exporter to China, and exports beef to about 30 countries.

Its chief executive Michael Hughes said the sale was an excellent result for the company and for suppliers.

"We are delighted that Minderoo has acquired Harvey Beef and will continue to invest in our highest quality beef processing," Mr Hughes said.

"We are a proud Western Australian brand and are committed to getting on with the job to supply Australians and the emerging markets of the world with the best beef produce."