Professional services firm JLL has brokered the sale of two Forrestfield industrial land holdings for a total of $9.4 million. 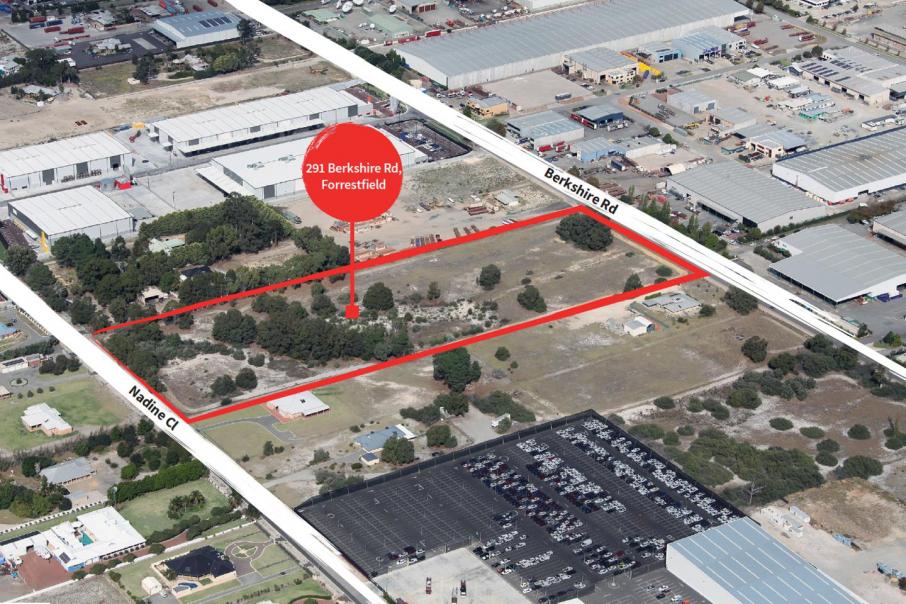 The property on Berkshire Road sold to a private owner-occupier for more than $8 million.

Professional services firm JLL has brokered the sale of two Forrestfield industrial land holdings for a total of $9.4 million.

The sites were offered to market exclusively by JLL, with both acquired by undisclosed individual owner occupier groups via separate on market campaigns.

The largest property at 291 Berkshire Road, a vacant freehold lot of about 4 hectares, was sold subject to a formal expressions of interest campaign, to a private owner-occupier for $8.1 million plus GST, reflecting a land rate of around $200 per square metre (plus GST).

JLL head of industrial WA, Nick Goodridge, said there had been a strong enquiry and multiple bids for 291 Berkshire Road.

“We were expecting reasonable interest from both owner-occupier and developer groups given the strategic nature of the land, however, the depth of the market for this sized lot was certainly in question pre marketing given the current environment,” Mr Goodridge said.

The site transacted for $1.3 million plus GST, reflecting a land rate of $400/sqm plus GST.

JLL manager industrial Andrew Fife said the site had also attracted a strong level of enquiry, mainly from owner occupiers with expansion and relocation mandates located either in the surrounding area or the eastern corridor of Perth.

The marketing strategy, he said, had yielded ‘under-bidders’ whose requirements were yet to be satisfied given the undersupply of small to medium lots within the eastern industrial market.

“Accurately priced land and improved facilities in the current market are moving, and we are confident that enquiry levels and general activity is trending in the right direction,” Mr Fife said.