Andrew Forrest’s philanthropic efforts are as restless as the iron ore magnate himself. Recent changes appear to be part of a restructuring of his various private and charitable interests under the new brand of Minderoo. 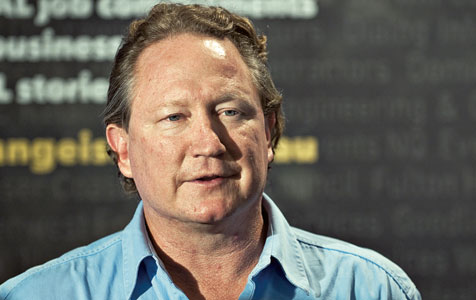 Andrew Forrest’s philanthropic efforts are as restless as the iron ore magnate himself. Recent changes appear to be part of a restructuring of his various private and charitable interests under the new brand of Minderoo.

A new website www.minderoo.com.au states that Minderoo Group encompasses his charitable work under the Minderoo Foundation, which will officially launch tonight (October 8), and the private business holdings of Minderoo Corporate.

Minderoo Foundation, which bears the name of the Pilbara pastoral station where the Fortescue Metals Group founder was raised, has replaced the Australian Children’s Trust, which in turn replaced Leaping Joey some years ago as the Forrest family foundation.

The foundation was founded in 2001 by Mr Forrest and his wife Nicola and, as well as funding numerous special causes, was principally behind the GenerationOne project to rapidly advance Aboriginal jobs under the Australian Employment Covenant.

Minderoo Foundation has been the reference point for a number of charitable works in recent months, including the work of Walk Free, a separate philanthropic entity established last year by the Forrests to end international slavery.

Walk Free, GenerationOne  and another Africa-focused charity Hope For Children are now listed as programs under The Minderoo Foundation banner, the chief focus of some $270 million contributed to date by the Forrests, according to the Minderoo website.

Most recently Mr Forrest donated to the foundation a parcel of shares in Poseidon Nickel, announcing that the shares were received in lieu of cash and that he planned to do the same each quarter.

Poseidon announced late last month that Mr Forrest would step down as chairman of the company due to overwhelming philanthropic duties.

An Olympic gold medallist and dual Commonwealth gold medallist, Herb has been a Director of Minderoo Foundation, and previously the Australian Children’s Trust since its beginning. Herb also holds the position of Deputy Chairman and lead independent director of Fortescue Metals Group. Herb is also Chairman of the Telstra Foundation and has currently joined the Board of The Stronger Smarter Institute.

Bud Scruggs is currently a business consultant serving on a number of multi-national corporate and charitable boards, including his most recent role as chairman of Poseidon Nickel. In addition to a career as a business executive, Bud has extensive experience as an official with government, civic and non-profit organisations in the U.S.

David is an inspiring social entrepreneur. Having retired at the age of 35 from a successful business career, he endowed a foundation to pioneer a concept of providing market place solutions for social problems.  David’s foundation has birthed 15 international movements addressing a broad spectrum of social issues in developing countries, including health, education, nutrition, water, microfinance, persecution and leadership.

Marcelle has recently stepped down as the Global Director, Approvals for Worley Parsons. She has a Bachelor of Arts (Hons) from the University of Western Australia and is the chair of St Andrew’s Grammar School and the Secretary of the Friends of the Art Gallery of Western Australia.

Peter serves as the Chief Counsel of Fortescue Metals Group and has over 20 years’ experience in legal and commercial advisory roles. Peter is admitted to appear before the Supreme Court, Federal Court and High Court of Australia. He has completed B.Juris L.L.B (Hons), B.Com and LL.M.

Jacqui has many years’ experiences living and working Africa, including involvement in relief efforts during the 80’s Ethiopian famine. Jacqui speaks to numerous community, school and business groups to raise the awareness of the plight of Ethiopian AIDS orphans. She has been instrumental in fostering relationships with government, education and medical institutes to implement join initiatives for the benefit of children in Ethiopia. 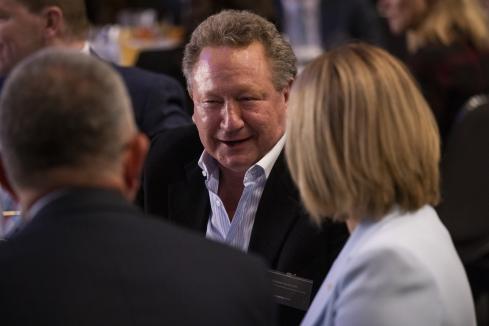