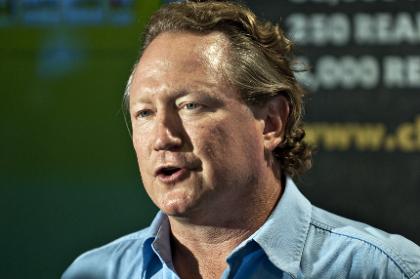 Fortescue Metals Group chairman Andrew Forrest has purchased another $43 million worth of shares in the iron ore miner, taking his total spend on FMG stock this week over $100 million.

The transactions are understood to be Mr Forrest’s attempts to breathe life into FMG’s flagging share price, which has fallen by 19 per cent over the last three months.

Mr Forrest now holds more than 1 billion shares in the iron ore miner, his stake estimated to be worth around $4.9 billion.

At close of trade today, FMG shares were trading at $4.85.