Forge to acquire CTEC for up to $38m 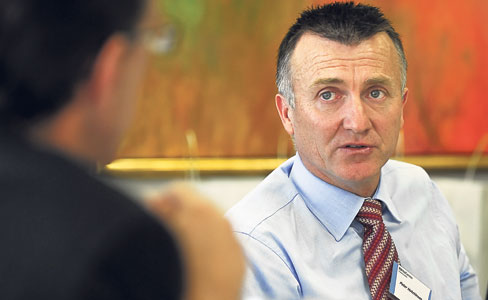 Engineering and construction firm Forge Group has diversified into the energy sector through the acquisition of Balcatta-based CTEC Pty Ltd for up to $38.6 million.

The acquisition price of a maximum $38.6 million includes an upfront payment of $16 million and deferred payments dependent upon profits in the next two years, and the retention of key executives.

Forge says it expects CTEC to contribute annual revenue in the range of $200 million to $250 million, and earnings before interest, tax, depreciation and amortisation (EBITDA) of $15 million to $20 million, in the first full year of ownership.

"CTEC represents a good strategic fit to grow Forge Group as it opens up new markets both geographically and strategically," Forge executive chairman Peter Hutchinson said in a statement.

"The acquisition of CTEC brings with it a total uninvoiced order book of approximately $600 million to be billed over the next 30 months."

Mr Hutchinson said there was also potential for Forge subsidiaries Abesque and Cimeco to undertake engineering and civil, mechanical and E&I services to CTEC "which on CTEC’s current contracts could amount to additional internally generated revenue of well over $100 million".

Founded in 2003, CTEC has more than 60 employees based in Balcatta and regional offices in Queensland.

"We are enthusiastic about the transaction," Neil Robinson said.

"Forge brings financial strength and relationships to CTEC at a time when we are experiencing significant growth and scale in contract wins.”

It also operates and maintains the Kwinana Swift power station.

The conditions of the sale include completion of due diligence by Forge on CTEC.