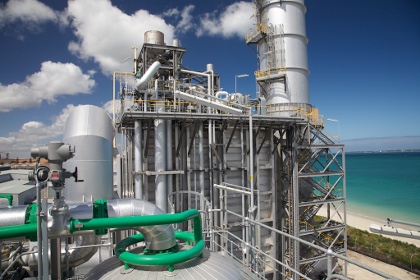 Forge Group has won a $280 million contract to build a gas turbine power station for Rio Tinto at the Cape Lambert port in the Pilbara.

Forge managing director David Simpson said the engineering, procurement and construction works would be carried out by subsidiary CTEC.

Rio Tinto is spending $US570 million on power upgrades at Cape Lambert.

“This notice of award further reinforces CTEC’s capacity in the region.”

Forge said construction would kick off in March next year, with the project to be complete early in 2015.