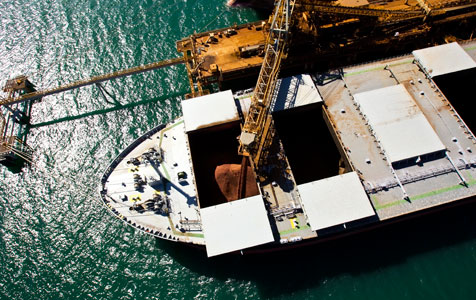 Forge Resources’ plan to construct a new six million tonne per year iron ore export facility in the Pilbara has been recommended for approval by the state Environmental Protection Authority.

Sydney-based Forge proposes to construct and operate the facility at Balla Balla, midway between Port Hedland and Karratha, north-west of Whim Creek.

Magnetite concentrate will be transported from  Forge's 75 per cent-owned Balla Balla mine, through a seven-kilometre slurry pipeline to a stockyard at Balla Balla harbour, where it will be dewatered and stored.

The material would then be transported across tidal flats via conveyor belts, and loaded onto self-powered barges, which would then transfer the material to a shipping vessel moored approximately 20 kilometres offshore.

Environmental factors considered included potential impacts to mangroves and algal mats, marine animals including turtles, dugongs and Humpback whales, as well as water quality and impacts on flora and vegetation.

EPA chairman Paul Vogel said it was particularly important that impacts from marine pile driving operations on dugongs and marine turtles were minimised.

Pile driving works would not be permitted until an observer has verified that no cetaceans or dugongs are within a 1,000 metre radius, and no marine turtles are within a 300 metre radius of building operations 20 minutes prior to construction, Dr Vogel said.

The EPA’s report is open for public appeals, while the final decision on whether the project will proceed rests with Environment Minister Albert Jacob.