OPINION: Everyone exposed to the Australian retail industry knows how tough conditions are, but what they might not fully understand is the extent to which a once-local industry is being blasted out of business by international competition. 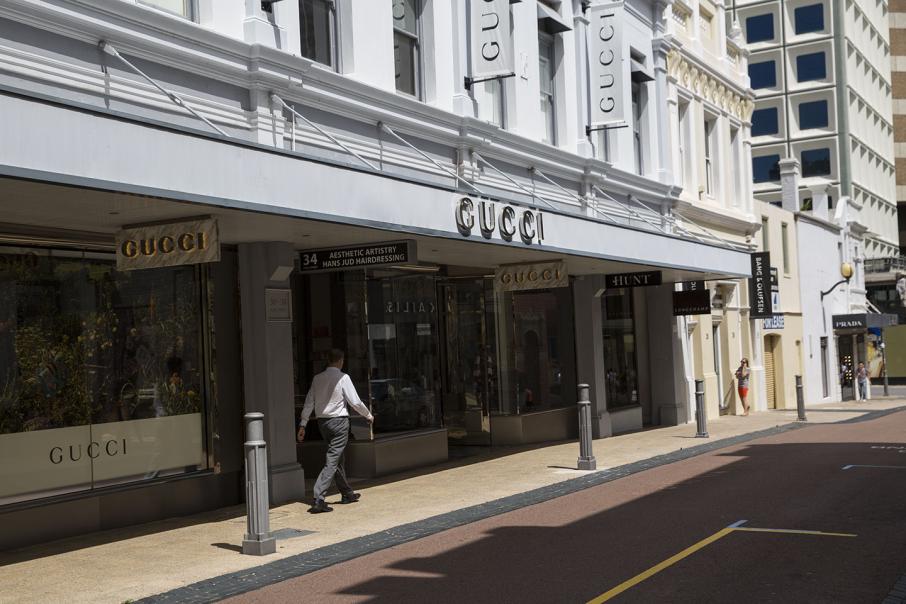 Gucci is among a host of international brands operating in Perth. Photo: Attila Csaszar

OPINION: Everyone exposed to the Australian retail industry knows how tough conditions are, but what they might not fully understand is the extent to which a once-local industry is being blasted out of business by international competition.

Analysis, so far, has focused on the race between domestic leaders Wesfarmers (Coles) and its archrival, Woolworths, something I took a look at in my February 13 Bystander column.

Missing from that story were three recent developments – a rash of clothing chain closures, fresh research into the imminent entry of the global retail gorilla, Amazon, and a study that identified 55 different international retailers operating 492 shops in Australia.

It is stretching the point to describe the entry of international retailers into the Australian market as a stampede, but their arrival has coincided with the growth of internet retailing and the certainty that a lot more competition is on the way.

The failure of retail chains is nothing new in a highly competitive business, with the collapse last year of the Dick Smith electronics business an early warning of what was to come.

The effects have been felt most keenly in the clothing sector, with six high-profile businesses folding since Christmas. Marcs, David Lawrence, Herringbone, Rhodes & Beckett have joined Payless Shoes and Pumpkin Patch as well-known retail names that have succumbed to sluggish sales, high costs and the invasion of international retail brands.

The size of that invasion is remarkable when examined in detail, which investment bank Macquarie did last month with a look at the ‘discretionary’ retail sector (shops not selling essentials such as food and other consumables).

According to the Macquarie head count there are 55 international brands currently operating retail outlets in Australia, with some of the better-known names being Apple, Uniqlo, Lululemon, Zara, Sephora, H&M, Gucci, Gap and Tommy Hilfiger.

Collectively, the internationals operate 492 shops, but the target of the group is to have 797 stores in Australia.

Nor are the internationals particularly profitable at this stage of their Australian-market development. In a deep-dive into the accounts of Uniqlo in Australia, Macquarie revealed a low level of earnings before interest and tax of 1.8 per cent, much less than the parent company in Japan, which is working on an EBIT margin of 12.8 per cent.

“Australia remains a work in progress”, Macquarie said of Uniqlo’s local operations. But it is also a project based on rapid store expansion with Uniqlo doubling its store count from six to 12 last year and with more planned.

The internationals, backed by their giant parent companies in Japan, Sweden, the UK and US, have the financial firepower to grow their Australian footprint even during a period of intense competition, which is killing off smaller local operators.

Next threat to the Australian retail sector is the arrival, sometime this year, of Amazon.

Already a significant player in electronic goods, books and music, the next phase of Amazon’s invasion is likely to include clothing, shoes, packaged groceries, and perhaps fresh food.

A Nielsen survey of the likely impact of Amazon in Australia this week revealed the size of the threat from the global retail giant.

According to a report in The Australian Financial Review, the Nielsen research showed that: 75 per cent of Australians aged over 18 are interested in Amazon; 56 per cent say they are likely to buy from its Australian website; and 45 per cent say they would subscribe to Amazon Prime to receive faster delivery and special deals.

There will not be a direct conversion of what survey respondents say into what they do, and that 75 per cent positive response is far higher than what will actually happen when Amazon switches on its local website.

But the key point is that, even if a fraction of the 75 per cent who responded positively ever do business with Amazon, it could be enough to tip more local retailers into the red.

International competition in local retailing is nothing new, but it is a trend showing every sign of accelerating thanks to the reach of the internet and the attraction of Australia as a relatively strong economy.

Microsoft, for example, has recently opened in first shop in Sydney with its Pitt Street Mall outlet the first outside the US, a hint as to how attractive Australia is to international retailers.

For local retailers, already being buffeted by high rents, restrictive trading hours in some states, and high local wage rates, the outlook is not encouraging.

For the internationals, a weakening domestic retail sector represents a signal to quicken their push into Australia, backed by the economies of scale, which comes from a global footprint.