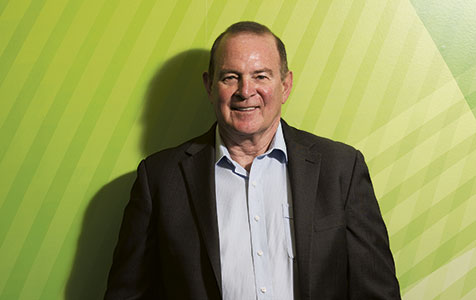 Software company Xero, which was founded in New Zealand in 2006, topped the list, edging out tech companies NetSuite and Monitise.

Navitas chief executive Rod Jones said the accolade had the potential to help attract global investors to the company.

"It’s a reflection of how we’ve been operating and the success we’ve been achieving over the past few years that people do see us as a company that will continue to grow, and are prepared to pay a premium to share in that future growth," Mr Jones told Business News.

"People are looking for growing companies, and being classed as an innovative growth company certainly won’t do any us harm in the future."

It is currently rolling the model out through the US, having previously achieved success with the program in the UK.

The company's future growth aspirations are likely to receive a boost if planned reforms to the tertiary education sector are legislated.

The federal government announced in this month's budget that private and non-university higher education providers such as Navitas will become eligible to access Commonwealth-supported places for sub-bachelor courses from 2016 as part of a suite of reforms to the sector.

"I like to think the way we’ll work this, we’ll be in partnership with our partner universities and work with them to maximise opportunities for the students," Mr Jones said.

"If we get that right, that clearly will provide additional enrolments, I would have thought, for us and the universities."

The reform will be implemented from January 1 2016 if the government is successful in having it legislated.