For startups first is nowhere

As this column has mentioned previously, startups and conventional businesses are different in a number of ways, and the ‘first mover advantage’ is one. 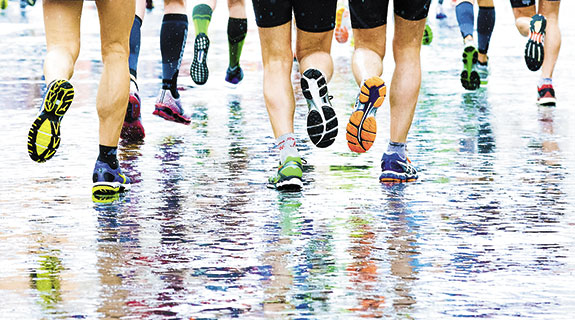 MARATHON: Winners need to stay with the pack and make a sprint for the line when the time is right. Photo: iStock/Alextype

As this column has mentioned previously, startups and conventional businesses are different in a number of ways, and the ‘first mover advantage’ is one.

‘FIRST mover advantage’ refers to the belief that the first business to open a new market has an advantage, which ties in with the ‘ideas are important’ meme.

If ideas are unique and important then they need protection so they can make it to market first. If there’s no first mover advantage, then there’s no reason to protect the idea.

First mover advantage is pretty intuitive. It fits with our ideas about how the world works. Especially in Australia with our sporting obsession, where being ‘first’ means ‘winning’. Unfortunately it’s another of those infuriating counter-intuitive things about startup.

A brand new market is brand new because there are no customers yet. There are people who have this problem, and might buy this solution, but they don’t know about the solution yet. Startups in a new market have to create that market by educating potential customers. This is a massive, expensive task.

Potential customers are not searching every day for a solution to their problem. Startups can’t just ‘build it and they will come’.

Doing little else than putting a new solution online will result in … nothing. Without a strong marketing effort, no-one knows it’s there. The market needs some education about the solution before it will buy.

Facebook wasn’t the first social network. Friends Reunited, MySpace, Friendster, and countless other forgotten competitors also existed. Once Facebook broke out from the college networks, it benefited from the competition. The other social networks had done a lot of the work of educating customers. People told their Friendster friends about Facebook.

There are plenty of other examples. Not a single business cited as a successful startup role model was the first to market. In most cases, the first to market spent a fortune educating the market and then folded; their competitors reaped the benefit of their spending.

The startup community believes competition is a good sign; competition means the market is viable and that there are existing customers. It means that if the startup messes things, up there’s someone willing to buy the business out.

No competition is a terrible sign. Unless we’re in a tiny niche market, it’s highly unlikely we were the first person to think of the idea. There are millions of startup founders thinking up new ideas every day. It’s almost impossible that we were the first founder to think of a particular idea. It’s much more likely that other people have tried the idea, and failed.

Not being first also means that others have already explored the market. We can learn a lot about the market by seeing what others are doing. Some of the obvious approaches to the market may not work. The ‘wayback machine’ allows us to look at a competitor’s website as it changes over time.

We can learn what they learned, for free. First movers don’t have this. They have to learn everything by spending money engaging with customers.

Of course, arriving at a market too late is also problematic. There is a point where the market consolidates and the market’s expectations become standardised.

Everyone’s focus moves to efficiency and competing on price. Attempting to enter the market as a startup at this point is futile. Give it another decade or two and then it’ll be ready for disruption.

Being a startup is a marathon. To win, startups need to move fast for a long time. It’s all about conserving energy (cash) while maintaining a decent pace. First movers are the people at the front of the pack who drop out exhausted halfway. It’s preferable to be the runners who stay with the pack until near the end and then have the energy for a surge to the win.

Timing is the single most important factor in startup success. Too early is as bad as too late.

There is a sweet spot that successful startups hit – it’s not first, so startups don’t believe in first mover advantage.