Food for thought on big causes

CHARITY group Dine for Life, which raises money from diners for a range social and humanitarian causes, is taking its Perth fund-raising expertise to the eastern states. 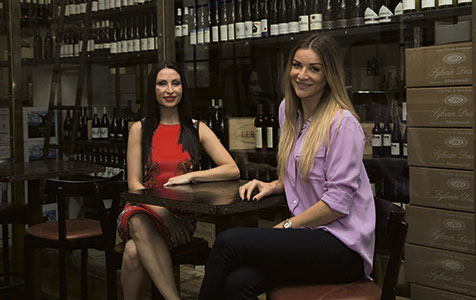 CHARITY group Dine for Life, which raises money from diners for a range social and humanitarian causes, is taking its Perth fund-raising expertise to the eastern states.

Dine for Life will hold two charitable culinary events in November in Melbourne and Perth to raise money for the Somaly Mam Foundation, a Cambodian-based not-for-profit group that aims to end sex slavery.

Dine for Life, which kicked off in 2010, enlists restaurants to host individual and corporate tables for fund-raising activities.

Dine for Life co-founder and Business News 40under40 winner Natasha Di Ciano said the move to Melbourne was a natural next step for the organisation because of the city’s reputation as the nation’s culinary capital.

Ms Di Ciano said the organisation had begun to channel its fundraising efforts into charities associated with overcoming human trafficking.

“Our aim was to give back to the community and select charities that were under-funded, not widely known and not attached to major corporate sponsors,” Ms Di Ciano told Business News.

“As Dine for Life evolved, we engaged in research on major issues around the world.

“We learned about the human rights abuses that were taking place on a massive scale and could see that it wasn’t something at the forefront of discussion or understanding here in Australia.”

Last year’s Dine for Life event was attended by more than 200 guests and raised $36,000, tripling the amount raised in its first event.

Later this year 20 restaurants in Perth and 10 in Melbourne, will each host a table of 10 people simultaneously.

In addition to a high-quality meal, each restaurant will provide its guests with a behind-the-scenes look at how its chef develops a menu.

The element of surprise is a significant part of the Dine for Life experience as participants will not know what meals they will be served until the night and the location of the after-party will also remain a secret.

Each group of 10 will be transported from the restaurant to this secret location.

Most of the money is raised through individual and corporate ticket sales but guests often make additional donations.