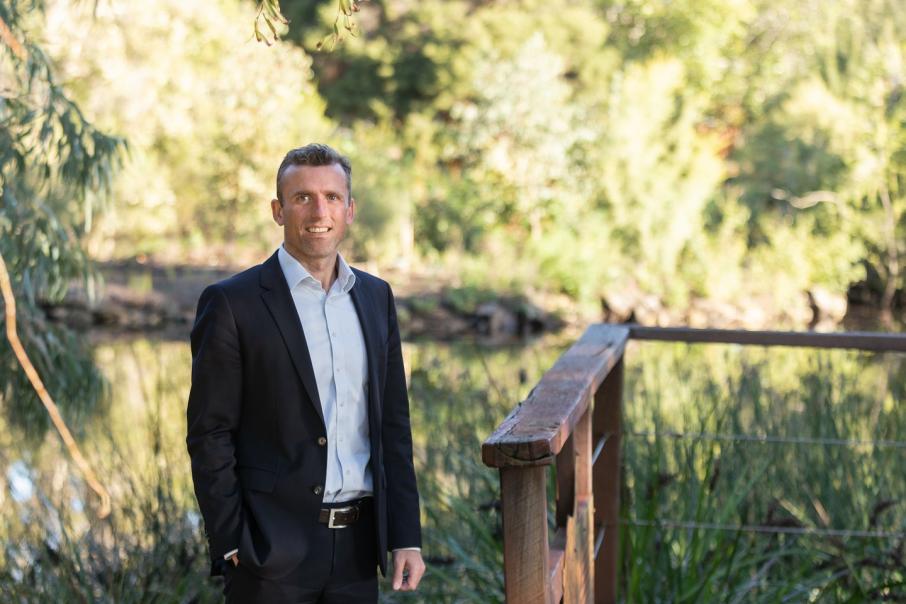 Known to many in business circles as managing director of Hire Intelligence International, Keegan Crage says his path to volunteering began one morning in late 2014 while he was training for an ultramarathon.

As he ran past several homeless people in the street, Mr Crage asked himself a question.

“If I could feel this good when I run, why couldn’t they? The simple answer was they could, and all they needed was a pair of shoes,” Mr Crage told Business News.

Mr Crage visited a homeless shelter soon after to see if anyone would join him for a run, providing those interested with the appropriate footwear and exercise gear.

As he made repeated visits, he began helping those who ran with him find work experience and job opportunities; the only thing he asked of them in return was that they commit to having a positive attitude and respect for others.

“The ethos was about providing a hand up rather than a handout,” Mr Crage said.

From that came the inspiration for On My Feet, a Perth-based not for profit that now boasts John Worsfold and cricket great John Inverarity as supporters and non-executive directors.

Now in its fifth year, OMF brings an exercise-based volunteering approach to homeless and at-risk men and women across Perth, Melbourne and Cape Town.

Mr Crage said the organisation hadn’t offered homeless people food, clothes or shelter, but instead a sense of self-worth and purpose.

“The primary purpose was not to improve their physical health,” he said.

“It was to improve their mental health and use running as a conduit to move from shelter to self-sufficiency.”

Those goals are reflected in OMF’s core programs, which include a walking group and an exercise group, to reflect the varied fitness levels and motivation of participants.

Aiming to provide for those who were motivated to commit to long-term goals, the organisation has now added an advanced Footsteps program.

Mr Crage said he was confident the program could help participants improve their circumstances in a relatively short timeframe.

“I looked at what we had done through the years and … it was clear there was a solution there, but we had done [it] in a rather unstructured way,” he said.

“My belief was if we had an intensive, outcomes-based program that had specific goals and a tight timeframe where people would graduate and know what’s expected of them … we would be able to move them from shelter to self-sufficiency in six months.”

With the ultimate goal being to participate in the Medibank Melbourne Marathon in October, Mr Crage said the exercise portion of the program would likely be the easiest for participants.

It was the program’s personal development and wellbeing components that would provide them with necessary life skills, from general mental health and fitness tests, through to workshops around sleep habits, cooking and job readiness, he said.

Intensely selective about who was invited into the program, Mr Crage said OMF originally intended to have 10 participants; only eight were accepted, however.

“We could have very easily put butts in seats, but we sat down with each person, interviewed them, asked them what their goals were and what they hoped to get out of the program,” he said.

“We didn’t want to set them up to fail.

“If they weren’t willing to commit to all the training and weekly workshops, then we invited them to stay in the walking and running groups until our next intake.

“We wanted to make sure we found individuals that were going to shine, and I think we’ve done that.”

One month into the program’s rollout, Mr Crage said results were positive.

Estimating the cost to be about $10,000 per person, he said OMF had already decided to launch Footsteps in Melbourne this coming November.

From what he’s seen, Mr Crage remains confident those who complete the workshops and run in the marathon will go on to secure ongoing employment afterwards.

On the whole, however, he said OMF would continue to focus on transforming people’s lives through its distinct exercise-based approach.

“There are a lot of service providers that do amazing work within the sector,” Mr Crage said.

“Rather than replicating that work, we have focused on creating a unique offering that, at its core, focuses on moving individuals from shelter to self-sufficiency.”