Despite a return to the resources sector, Kerry Harmanis remains passionate about mindfulness. 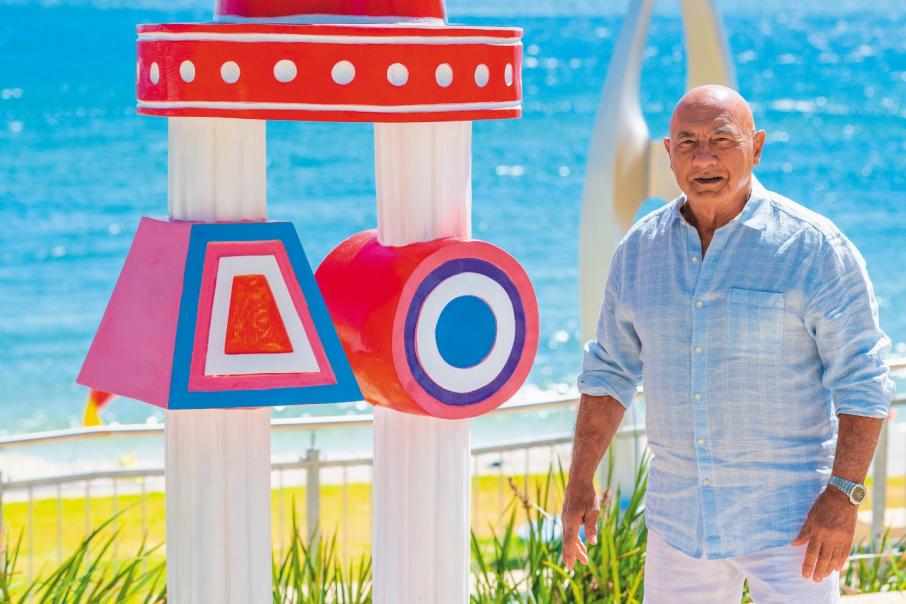 Philanthropist and former mining entrepreneur Kerry Harmanis has added a more holistic approach to his business interests in recent years.

The vehicle for this shift in work focus is mindfulness and meditation, and Mr Harmanis told Business News the journey had opened up a wealth of new experiences along the way.

One of those occurred while surfing in Indonesia, where the former Jubilee Mines boss spoke with a French surfer after taking a beating by some heavy waves.

“He said, ‘Kerry, don’t you do mindfulness? You need to collect yourself before you go to the surf’,” Mr Harmanis said.

Another experience was sitting across from His Holiness the Dalai Lama at a lunch in 2011.

The lunch occurred several years after Mr Harmanis sold Jubilee to Anglo-Swiss company Xstrata for $3.1 billion, in doing so making a personal fortune of about $500 million.

Mr Harmanis asked the exiled Tibetan spiritual leader how he could give back.

“He said, ‘Start with the children, because the old folks are a much harder gig’,” Mr Harmanis said.

A few years later, he met Brayden Zeer through a meditation group and together they co-founded not-for-profit business Mindful Meditation Australia.

Since its inception in 2015, MMA has trained more than 3,700 teachers, healthcare workers and families across the country, with many of those educators going on to teach simple mindfulness practices to thousands of students.

Mr Harmanis said MMA was helping children deal with modern-day stresses such as climate change, and now COVID-19. He met with Business News in Cottesloe, close to MMA’s office on Marine Parade, and explained how everyone could benefit from practising meditation.

“A lot of people say, ‘I can’t meditate. I’ve tried and it’s too hard. I think too much’,” Mr Harmanis said.

“The idea is to calm the thoughts and eventually, with practise, get to that space between the thoughts.”

MMA’s mindfulness and meditation program has attracted the attention of three senior researchers at the University of Western Australia who are currently tracking it and measuring its benefits for children.

“You never shut down all your thoughts, but you slow them down,” Mr Harmanis said.

“By being calm and knowing how to calm, it helps you become more dynamic and focused.” 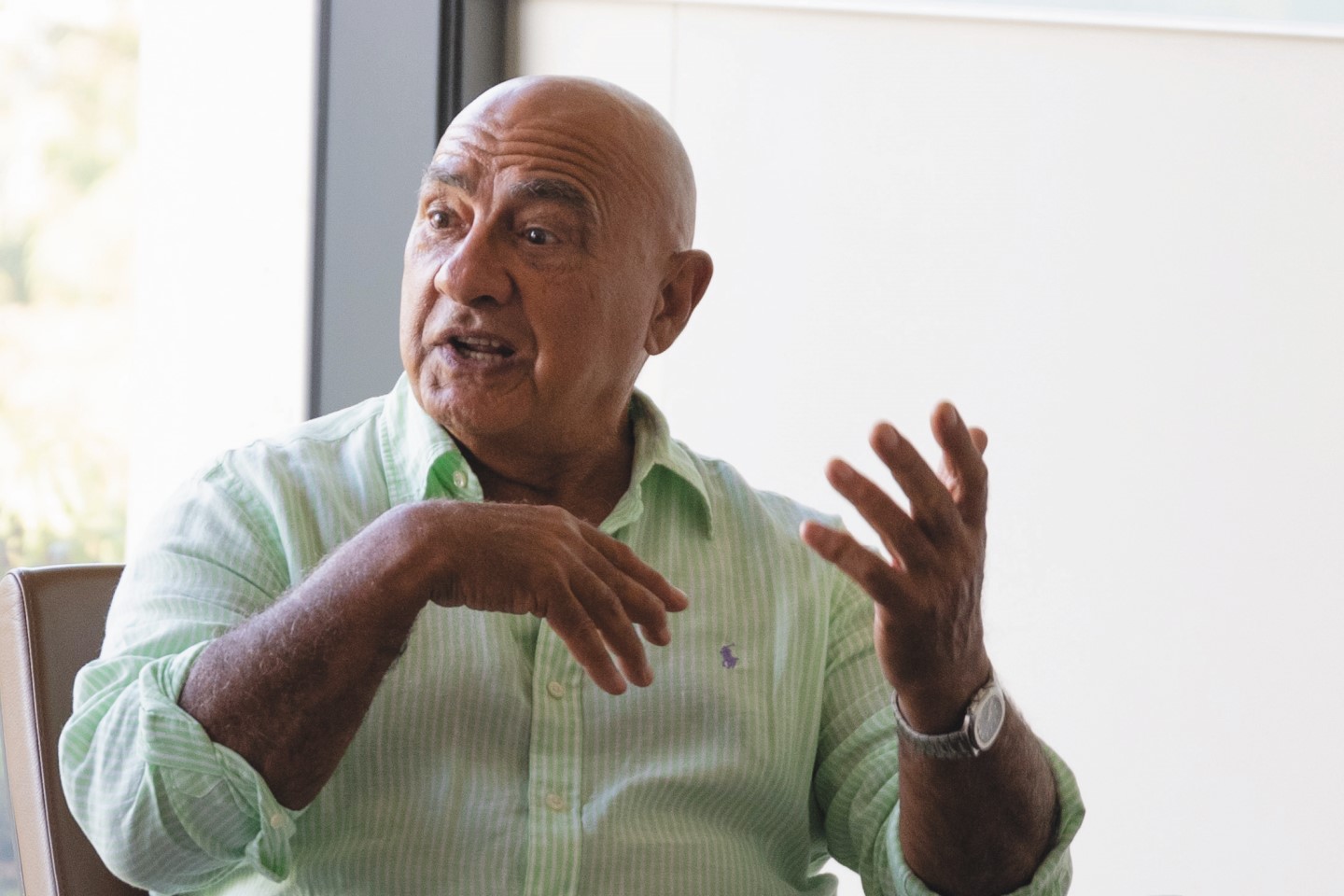 Mr Harmanis said it was a ‘hallelujah’ moment while meditating in 2007 that triggered the idea to sell Jubilee.

“It was a logical point at that time,” he said.

“I was turning 60 and thought we’d had a really good run and there were people interested in buying the company.

“I went into work the next day and said, ‘Guys let’s sell, we’ve reached our peak and unless we go much bigger, it’s time for us to look at getting out’.

Mr Harmanis, a former lawyer and fish salesman, had founded the WA business as a gold explorer in 1987.

Jubilee began its search for nickel about a decade later and made its most significant discovery, Cosmos, near Leinster.

The project was developed as an open-pit operation, which turned out to be one of the highest-grade nickel mines in the world.

In 2012, new owner Xstrata placed the mine on care and maintenance due to low nickel prices, before merging with fellow Anglo-Swiss company Glencore two years later.

The Cosmos operations were bought by local producer Western Areas in 2015.

After selling his 16 per cent stake in Jubilee, Mr Harmanis ruled out a return to the resources sector, while telling delegates at an Association of Mining and Exploration Companies conference he was not ready to retire.

It was his love for mining and exploration that motivated his return to the sector after more than a decade’s break, however.

In July last year, Mr Harmanis became non-executive chairman of gold-copper explorer Talisman Mining, in which he has about an 18 per cent stake.

“I tried retirement, but there’s no such thing … so I’m getting back into things,” Mr Harmanis said.

“We’re starting right from the bottom in a very hot commodities market; it’s challenging but we’ll get there, I’m determined.”

Talisman owns two projects, Lachlan and Lucknow, both situated in NSW. Mr Harmanis, who has supported Talisman since 2008, said he was the company’s largest shareholder and had invested a lot of money into the business.

Despite this level of interest, he’s opted not to take a salary or receive any further Talisman shares.

“I’m not there for the money, I’m there to do something with it [the business],” Mr Harmanis said, noting his excitement to get back into exploration and build a company.

“I like finding my own things and taking it all the way through.

“Jubilee is one of the few junior companies that ever found a major deposit on its own ground: proved it up, developed it, built it, operated it, paid generous dividends, and sold out at a huge profit.

“We did the whole process, that’s what I love doing.”

Mr Harmanis said mindfulness and meditation had played an important role throughout his 22-year tenure as Jubilee chairman, in particular during crisis management programs, which were held about every six months.

“[The programs] involved gathering the team together and controlling the narrative: protecting the employees, the company and its assets,” he said.

“That required a lot of calm and focus on my part.” He was thankful Jubilee hadn’t recorded any major injuries or fatalities.

After selling his shares, Mr Harmanis turned his attention towards the philanthropic scene, and nowadays he’s among Perth’s biggest charitable donors.

“I had been giving a lot of money in philanthropy to this group, that group,” Mr Harmanis said.

“I thought to myself, ‘How can I really make a difference?’

“By changing people from the inside out, that’s what I chose to do.”

That’s a major priority for Mr Harmanis at MMA, which is currently piloting an initiative with St John of God Murdoch Hospital to bring simple breathing and attention strategies to the medication administration process.

Mr Zeer, who runs MMA’s day-to-day operations, said medication errors were a global issue and often caused by a lack of both attention and mindfulness.

It is estimated that medication errors cost Australia more than $660 million each year.

“We have been training nurses to stop, take small moments just to [breathe], slow down and focus,” Mr Zeer told Business News.

MMA also has long-term plans to expand into the healthcare and prisons sectors in other states, and potentially into sports to help athletes prevent and overcome mental health issues caused by stress and anxiety.

Today, MMA, delivers research-based workshops aimed at teaching students, teachers and organisations about the science behind meditation and mindfulness, along with simple practices.

“It’s a generational thing, so that in the future we have a generation of calmer and more focused children and adults who can handle the stresses of a crazy and chaotic world,” Mr Harmanis said.

“It’s a very difficult one the kids are growing into.

“The simple internal practices of mindfulness and meditation help enormously to achieve calmness and composure.”