Focus hones in on Crescent merger

Western Australian gold miners Focus Minerals and Crescent Gold have announced a merger plan that will result in the formation of one of Australia's top five gold producers with a market capitalisation of around $323 million. 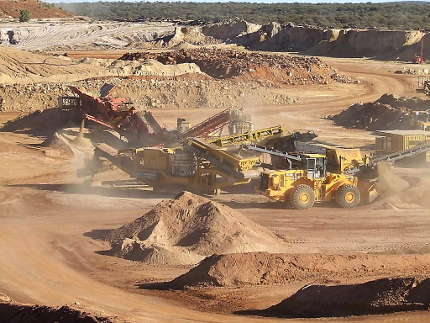 PLATFORM: Crescent Gold will add its Laverton operations to Focus' tenements in Coolgardie to create a 230,000oz/year gold producer

Western Australian gold miners Focus Minerals and Crescent Gold have announced a merger plan that will result in the formation of one of Australia's top five gold producers with a market capitalisation of around $323 million.

The bid represents a 30.5 per cent premium to Crescent's last closing share price.

Crescent's board unanimously recommended shareholders accept Focus' offer, which has a 90 per cent minimum acceptance condition.

The merger will result in a top-five Australian gold producer with targeted annual production of 230,000 ounces of gold a year and a combined JORC-compliant resource of 4.3 million ounces of gold.

The transaction also has the support of Crescent's major shareholder, Duetsche Bank Group, which has agreed to accept the offer pre-bid for a 19.9 per cent stake in Crescent.

Focus Minerals chief executive Campbell Baird said the combination of the two gold miners would provide significant strategic and financial benefits to both sets of shareholders.

The combined entity will hold significant exposure to two of Western Australia's most prospective gold regions, with Focus producing from its Tindals Mining Centre in the Eastern Goldfields and Crescent mining gold at its Laverton gold project, 250 kilometres northeast of Kalgoorlie.

"Once this transaction is complete this creates a strong platform for both companies' shareholders to benefit from a substantial value uplift from a significant increase in combined production, a doubling of gold resources and the ability to step up exploration within Crescent's extensive landholding."

At close of trade today Focus shares had lost a tenth of a cent, to 7.6 cents, while Crescent's stock was up nearly one cent, to 5.8 cents.