Flying the Redkite for families 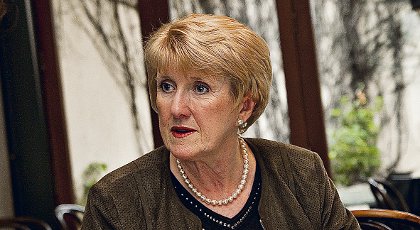 IN a reflective and personal moment 20 years ago, Helen Sewell made a deal with herself – if she ever made a substantial sum of money she would put some of it towards growing the support base for families dealing with cancer, as hers was after her 17-year-old daughter had been diagnosed with the disease.

Two decades on from the death of her daughter, Johanna, Princess Margaret Hospital has an oncology ward dedicated to caring for adolescents with cancer; in addition, Ms Sewell has sat on the board of cancer support organisation Redkite since 2001.

Ms Sewell laments the fact the adolescent ward (which she was able to fund after selling out of a successful business venture in 2000) is so busy, but knows cancer is going to continue to affect families and takes pride in what Redkite is doing for them during those tough times.

“Eventually I found that I did have enough money to help others. One of the things Johanna said to me, was ‘what they really need is a teenage cancer ward’,” Ms Sewell said.

“It was very difficult for me and the other children; but I have a supportive family. I thought if I was finding it so difficult, how did other families manage?”

Through her business contacts Ms Sewell approached the Malcolm Sargent Cancer Fund for Children, which would eventually be renamed Redkite.

“When I saw what they were doing I thought, ‘this is what I have been thinking about’. There was no point setting up another charity, so I made a bequest in Jo’s name, it is the Johanna Sewell bequest,” she said.

That bequest was made in 2001 and the ward established in 2006; at the time Ms Sewell was amazed that there was still nothing established to cater for the direct care of teenagers with cancer.

“They (oncologists) had been pushing for it, pushing the government, pushing for some land to build an adolescent unit on, but to no avail. Eventually they managed to get a little bit of land, a courtyard out from the oncology ward at PMH,” Ms Sewell said.

“It has been busy, unfortunately, ever since. My greatest wish would be that it would never be needed.”

She joined the board of the Malcolm Sargent Cancer Fund for Children 10 years ago and, when it merged with its independent Sydney counterpart in 2005, Ms Sewell and Sydney’s chief executive Jenni Seton explored renaming the organisation to modernise it and create an easier name to reference.

Redkite is now national, after merging with Melbourne’s Malcolm Sargent Cancer Fund for Children and establishing a presence in each state and territory, a fact that Ms Sewell said has made it easier to attract sponsorship from national corporations. The organisation was recently recognised for establishing and developing innovative workplace giving partnerships with an award at the annual conference of Australian Charities Fund.

Ms Sewell’s personal ties to Redkite’s work have created a deeper understanding of the importance of the organisation’s contribution to the families and individuals it supports.

She speaks with passion about the three main streams of Redkite’s work – counselling services, financial support, and education through scholarships.

Having been involved in farming, Ms Sewell is particularly passionate about the remote counselling services via phone and email for regional families and adolescents with cancer.

She talks about watching the torment for a teenager going through cancer, on top of standard teenage angst, and said the impacts beyond the individual are extensive.

“When a child has cancer, bills rocket ...then there is travelling to the hospital. Even the telephone bills are huge. It is a dreadful time, and on top of all that sort of stuff, you are worried the whole time that your child is going to die,” she said.

Ms Sewell is clear that Redkite delivers a unique service.

“We like to think that we give grass-roots support, we don’t do fancy things, but we help them through each day,” she said.