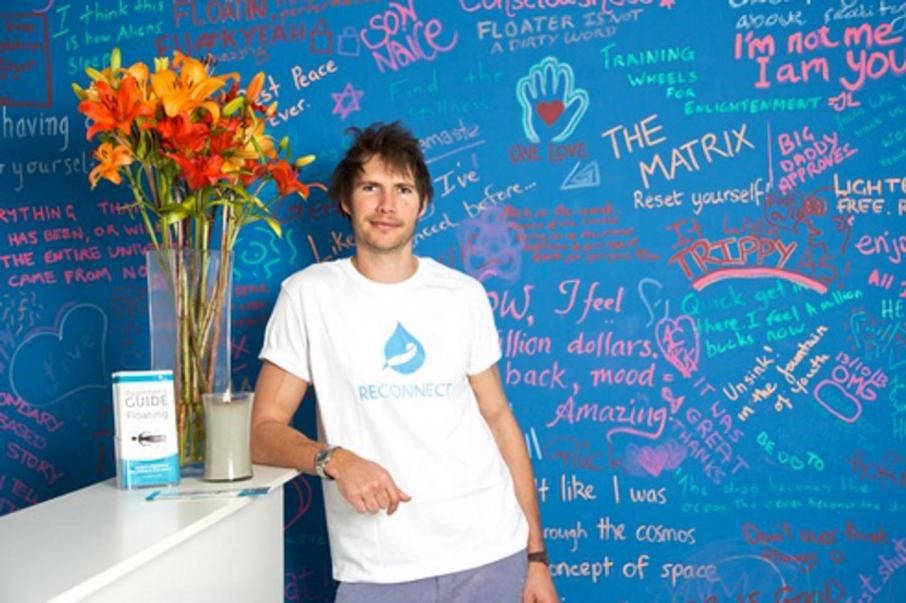 Nick Dunin will more than double his operations this year with franchise agreements. Photo: Melanie Elliott

In just a few years, Mr Dunin has expanded operations into Melbourne and Brisbane, with the business launching its first franchise model this year.

Mr Dunin opened his first Beyond Rest centre in Perth in 2013, a second in Melbourne two years later and a third in Joondalup just six months ago.

In 2017, however, he will more than double operations by venturing into franchise development, having opened the first franchise store in Brisbane last month, in addition to signing three more franchise agreements.

“I thought it was a bit weird the first time I experienced floating and I thought ‘why would I do this what is the purpose here?’” Mr Dunin told Business News.

“And when we first opened in 2013 it was still an obscure thing in Perth.

“But it is getting more awareness now that it is an actual relaxation method that people can use to de-stress.

“And people in the medical field, such as chiropractors and physios, are actually encouraging their clients to float.”

Mr Dunin said social media had also helped give floating traction in more mainstream markets, with West Coast Eagles captain Josh Kennedy a regular floater at the Beyond Rest centre, as well as being a small investor in the Joondalup facility.

“At the time I was between Melbourne and Perth, but being a Perth boy I saw the opportunity at that time with the mining to open somewhere central near the CBD,” Mr Dunin said.

“There were centres around in the 1980s and 1990s but it fell away from mainstream. Back then it was associated with a very minor niche.

“There’s nothing new to this particular science but it has evolved with technology and the way that we develop and design our centres, creating a complete escape from reality.”

While there are scores of flotation experiences to be had in beauty salons and dedicated floating centres around Australia Mr Dunin said he had secured the rights to the ‘I-Sopod’, which was sourced from and handmade in London.

“We literally floated around the world and tried a lot of different tanks and this was by far the most superior,” he said.

“Our number one market is the stressed corporate professional and people do it just to even out their week.

“We’ve got competitors who have opened up but one thing that has happened since is that we’ve always got busier and that it has created more awareness as well.

“But we know we’ve got longevity in the way we’ve built our centres to provide an experience, our floating pods being the most premium in the market, the way we do our acoustics, the way we do customer service and our marketing.

“We know that we’ve covered a lot of bases and our internal company culture is second to none.”