Floating LNG to be “saviour” of Aust industry: Shell 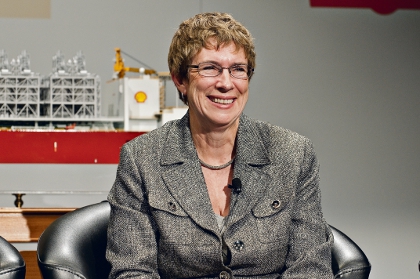 “I think the Australian industry has a major problem,” Shell Australia chair Ann Pickard told a gas conference this morning.

“Australian LNG is the highest cost globally,” she said.

“New entrants to LNG export markets, such as the United States and Canada, can deliver into Tokyo Bay 20 per cent cheaper than we can from Australia, and who knows what is going to happen when East Africa starts to develop.”

Against this backdrop, Ms Pickard said floating LNG technology, being deployed by Shell for the first time at its $12 billion Prelude project, off the Kimberley coast, held the best promise.

“Floating right now we are seeing as the most cost competitive new entrant to LNG in Australia,” she said.

“We do see it as probably the potential saviour of the Australian LNG industry over the next decade or so.”

Ms Pickard’s comments come amid speculation of a massive cost blow-out at Chevron’s Gorgon LNG project, budgeted to cost $43 billion. The result of a cost review is due to be announced next month.

It also comes amid continuing speculation about Woodside’s Browse project, which proposes construction of a new LNG plant at James Price Point, near Broome.

The project has been vigorously opposed by environmental and community activists, but may be killed off by spiralling costs.

“No, obviously I don’t agree,” Ms Pickard said when asked about the premier’s comments.

“It’s designed around safety; safety is absolutely paramount in the design.

“I don’t see a Macondo or Montara happening.”

Ms Pickard would not be drawn on whether floating LNG was a superior option for the Browse project, but did talk up the technology’s prospects.

“I think floating (LNG) is an option for just about anything offshore Australia, given the cost structure.”

Ms Pickard said she was “very concerned” about Australia’s competitiveness.

“Our global competitiveness is being challenged by the blight of low labour productivity and heavy regulation, she told the Deep Offshore Technology conference.

“The key is how many US and Canadian (LNG) projects are going to get up; I think there will be some.

“And in East Africa there has been a massive discovery, so there is a lot of competition out there.”

Ms Pickard said technology and innovation would not “save the day” if Australia did not get its policy settings right.

“If you get those things right, you can still have fairly high-cost labour force and bring innovation into play and allow the industry to reinvent itself.”

Ms Pickard said the Prelude project would still deliver significant benefits to Australia, even though all the construction work was happening overseas.

She said Shell planned to double its Perth workforce to 800 people by 2015, while Prelude itself was projected to create 1,000 jobs.

The project would also bolster tax revenue and export income.