Whether or not the Wellard IPO is successful, it demonstrates there is more to WA than just resources. 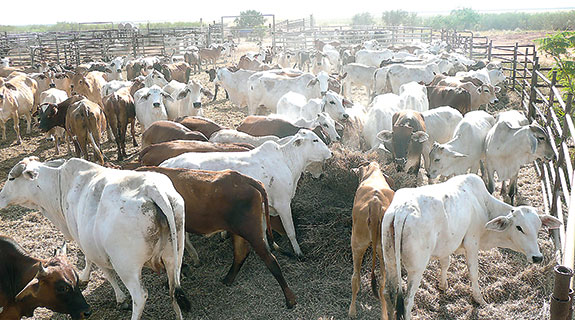 Whether or not the Wellard IPO is successful, it demonstrates there is more to WA than just resources.

THE proposed initial public offering of agribusiness Wellard, and the fresh numbers that accompany the move, provides a helpful indicator to the rapidly evolving structure of the Western Australian economy.

The fact that a meat processor and live cattle exporter has revenue that exceeds all but nine WA-based resources companies is striking; although to be fair, a further 10 leading industrials are focused on servicing the resources sector.

In fact when Wellard lists, its $512 million revenue for the 2014-15 financial year will rank it 18th on our list of ASX-listed industrials and 27th overall for publicly listed companies.

In the private company spectrum, it would have been 13th, with a further four not-for-profit businesses also outranking it in terms of revenue.

So overall, there were 42 WA-based companies in the private sector that had bigger revenues than Wellard –less than half of which are resources focused.

In terms of market capitalisation, if it were to meet its most ambitious targets, Wellard would be worth about $670 million. That would put it easily in the top 20 WA-based listed companies on that measure.

Intriguingly, the listing of Wellard could be part of a long-term growth journey if the example of former agribusiness Wesfarmers is anything to go by. A mature farmers’ cooperative, Wesfarmers corporatised and listed in 1984 at market capitalisation of $80 million, or around $240 in today’s dollars.

As a national retailer these days, the market values it at around $44 billion.

That is staggering growth that shows WA’s economy is not based on resources alone and offers investors significant choice outside mining and gas.

Of course these two sectors provide the baseload activity and competitive advantage for the state that allows other industries, both directly and indirectly, to thrive.

Looking at those 42 companies that sit above Wellard in revenue terms – which admittedly is not always the best measure of business health or success – there is an eclectic mix of businesses of varying ownership types across a wide range of sectors.

As mentioned, many are in resources, such as Fortescue Metals Group, South32, Woodside Petroleum and Iluka Resources, as well as bevy of up-and-comers like Northern Star Resources and Sandfire Resources and strugglers such as Atlas Iron.

Others include Africa-focused Endeavour Mining and manganese group OM Holdings, which is controlled by Chinese interests.

In industrials there are 10 bigger companies that predominantly service the mining sector, based on 2014-15 revenue.

It’s a measure that might work against them as the mining fallout continues.

Plenty of breadth there, especially when you throw in the not-for-profit sector leaders CBH Group, HBF, St John of God Health Care and RAC.