A good few months of deal flow is offering hope for a better year. 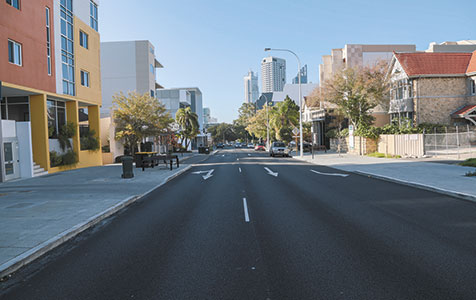 IN THE GAME: West Perth advisers, and their fellow travellers in the CBD, are ever alert for opportunities.

A good few months of deal flow is offering hope for a better year.

The jury might be out with regard to the buoyancy of the economy, but the corporate finance sector is certainly offering positive indications.

By most measures, the activity has been rising in equity capital markets and its closely associated cousin, mergers and acquisitions.

That is a good sign for Western Australia, for two reasons.

Firstly, it indicates that capital markets are loosening and investors are back, maybe not in a big way yet, but enough to grease the wheels of commerce. With funds becoming more available, businesses can be more creative about how they move forward.

And businesses that can’t find a way to grow will become the targets of those that can.

This is the natural order of things.

If we used nature as an analogy, such change is like spring, perhaps like a thaw after a Northern Hemisphere winter.

Secondly, the corporate finance world is important to WA and it has a direct economic role beyond greasing those commercial wheels. The sector in this state is significant in its own right. Those merchant bankers so often derided as the Gordon Geckos of Wall Street, are actually major local participants in the economy.

They rent offices, buy houses, go out, and take holidays. They are also big contributors to philanthropic pursuits. When their business is humming, they are not just financing the growth opportunities of tomorrow and all the employment potential that comes with that, they are personally earning and spending big.

And their ecosystem is not just investment bankers or corporate advisory experts. Lawyers and accountants are among the beneficiaries of high deal-flow. Even couriers and taxi drivers probably notice the difference.

Oddly, the headline news in the economy is somewhat contrary to the evidence we are seeing at local corporate finance level. That is because the local investment sector is not completely in tune with the resources world that it largely lives off.

While rumours that BHP Billiton is culling large parts of its workforce might not be great for business confidence, the local advisory players have rarely relied on the majors for their livelihoods. During the huge expansion of mining in the Pilbara, the local investment community certainly enjoyed very buoyant times, but it was often through indirect involvement via mining services companies because they were mainly excluded from doing deals with big groups such as Rio Tinto, BHP Billiton or even Fortescue Metals Group.

In that respect, the end of the most rapid phase of the north-west’s incredible expansion is not the death knell for local bankers.

Instead, they have developed unique skills at the junior end of the market that have made them robust enough to survive the booms and busts of volatile commodity cycles.

One of the strengths has been globalisation. Local advisers have a reputation for deal making well beyond this state because WA-based mining companies operate all over the world. This diversification allows them to step beyond the local cycle and tap into different industry undercurrents that flow at a different pace than WA’s mature mining environment, with its concentration on key major commodities.

Another strength is the investment advisory sector’s flexibility. West Perth advisers, and their fellow travellers in the CBD, have never let a lack of interest in mining stop them from getting product to market for too long.

In the late 1990s they capitalised on the dot.com boom, and then put their hand to biotech.

For many of these players, a moribund mining shell is just a high-tech opportunity waiting to happen.

A burst of reverse takeovers and backdoor listings with colourful names and inventive business strategies during the past few months, as reported by Business News, shows adaptability is still a big attribute of WA corporate finance.