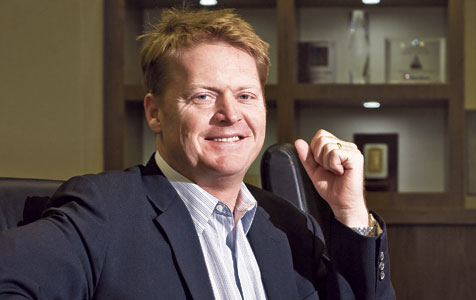 Mining entrepreneur David Flanagan has been named as the fifth chancellor of Murdoch University, adding yet another resources player at the top of governance of Perth's tertiary education sector.

Mr Flanagan, a former geologist, is the chairman of Atlas Iron, the junior iron ore miner he founded. His direct connection to Murdoch has been as a member of the First Murdoch Commission, an inquiry established by the university's vice-chancellor, Richard Higgott, into the growing economic interdependency of Western Australia, Australia and the Asian region. Mr Flanagan replaces former Bankwest CEO Terry Budge, who has served as chancellor for seven years.

Last year, Curtin University appointed Colin Beckett, who is the operational head of Chevron's $50 billion Gorgon project, as its new chancellor, succeeding former WA Water Corporation CEO Jim Gill, who had been in the role since 2010.

Woodside and National Australia Bank chair Michael Chaney has been chancellor of the Univerity of WA for seven years. He replaced Ken Michael, who became WA's new governor.

ECU's chancellor is former WA National Party leader and ex-deputy premier Hendy Cowan, whose third three-year term is due to expire at the end of 2013. Notre Dame Univerity's chancellor is Terence Tobin QC, a NSW barrister.

Below is the full release from Murdoch University:

Murdoch University’s Senate is pleased to announce the appointment of non-executive chairman Atlas Iron, David Flanagan, as the new chancellor of the university.

Mr Flanagan will take the reins from Terry Budge, who is retiring from the role after nearly seven years.

A geologist by trade, Mr Flanagan has more than 20 years’ experience in mining and mineral exploration in Australia, Indonesia and West Africa.

Mr Flanagan is a highly respected businessman, philanthropist and entrepreneur.

He founded Atlas Iron in 2004 and since this time it has grown from a $9 million exploration company with one employee to a business that generates more than $1 billion a year and employs more than 700 people.

Deputy chancellor and chair of the Senate Search Committee, Eva Skira, said Murdoch was very pleased to have secured Mr Flanagan as the new chancellor after an exhaustive selection process.

Vice-chancellor Richard Higgott agreed, saying the university was very excited to have Mr Flanagan as chancellor.

“We look forward to the benefit of his expertise as we continue to reposition Murdoch as a strong research focused university playing an increasingly greater role in both our immediate and wider Asia-Pacific region,” Professor Higgott said.

“He is a dynamic, enthusiastic, energetic, and very community minded leader which makes him a great fit for Murdoch at this point in its history as the University approaches its 40th anniversary.”

Mr Flanagan said he was looking forward to his new role and he paid tribute to the leadership of outgoing chancellor Terry Budge.

“I will be following in the footsteps of many distinguished chancellors of Murdoch including Fred Chaney, Sir Ronald Wilson and current chancellor Terry Budge, who has led the Murdoch Senate during a time of significant change in the higher education sector," he said.

“I am delighted to join a university with such strong credentials at an exciting time in its life and I am committed to helping achieve the strategic vision of Murdoch to be internationally recognised for the quality of its research, teaching, student outcomes and community engagement.

“I am currently a member of the First Murdoch Commission - an independent internationally focussed inquiry into the growing economic interdependency of Western Australia, Australia and the Asian region. I have seen first-hand and been a part of the great work Murdoch University is undertaking.”

Mr Flanagan will officially begin his role as Murdoch University Chancellor in August 2013.

Mr Flanagan is a geologist with more than 20 years’ experience in mining and mineral exploration in Australia, Indonesia and West Africa. Prior to founding Atlas Iron as managing director in 2004 he was exploration manager with Gindalbie Gold NL where he led the geological component of the company’s gold mining and then iron ore development projects.

Mr Flanagan also participates in industry organisations, not-for-profit boards and charities, holding positions on the board of Youth Focus, GivingWest, Australian Prospecting Mining Hall of Fame, Western Australian Academy of Performing Arts and the Australian Institute of Company Directors, and is patron for Many Rivers Microfinance.

Mr Flanagan also serves as a commissioner for Murdoch University’s First Murdoch Commission, an independent international inquiry on the growing economic interdependency of Western Australia, Australia and the Asian region. The commission will help develop greater understanding among nations in the region, and to consider the common challenges and opportunities facing these nations in the coming five to 10 years.