Fitness and fundraising the perfect pairing 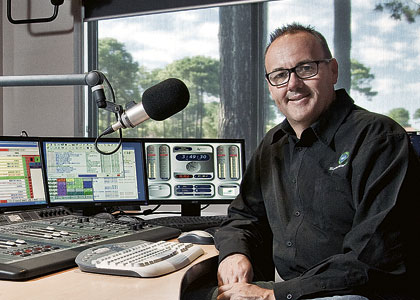 IN THE SADDLE: Rodney Olsen is passionate about cycling and raising cancer awareness and funds for the Cancer Council. Photo: Grant Currall

THE combination of physical activity and fundraising for a good cause has proved a near-faultless model in recent years, with swimming, running and cycling among the many ways of raising a dollar.

Of course there are the long-running events such as the Rottnest Channel Swim, which raises funds for Royal Flying Doctors Service, the Fremantle Volunteer Sea Rescue Crew and the sick children’s support organisation, Starlight Foundation.

Its smaller cousin, the Swim Thru Rottnest, was started in 1977 and is run by the Cottesloe Crabs Winter Swimming Club, which has raised $136,000 for the Royal Perth Hospital Bone Marrow Transplant Unit since 1989.

The Activ Foundation started a fun run in 1975 that became the City to Surf. Last year, a new structure was introduced to allow participants to raise funds through sponsorship for their chosen charity.

The sponsorship of events like these is a big drawcard for event organisers and charitable organisations. Chevron signed on as the City to Surf naming rights sponsor last year, taking over from Rebel Sport, while the Rottnest Swim naming rights sponsor is HBF, which also gives its name to the HBF Run for a Reason.

Autism West’s main fundraising event is the iiNet Team Sprint Cup, a team-based relay sprint race that raised $150,000 for the organisation last year and $400,000 over the past four years, all to raise awareness of the challenges facing families with a child on the autism spectrum.

Cycling fundraisers may have been around for more than 30 years or more, but the number of events in Western Australia has grown in recent years, with two rides in aid of cancer research coming online – what one American organisation calls the Tour de Cure.

Sonshine FM presenter Rodney Olsen founded a fundraising ride between Albany and Perth in 2009 to raise funds for the Cancer Council.

Mr Olsen said sporting fundraisers were a great way to raise awareness of cancer and the issues surrounding the disease, and that the effort by participants in an arduous ride from Albany to Perth ‘compelled’ people to donate to the cause behind the event.

“It would be wonderful with the cancer rides if we could just say to people, ‘we really need money for the Cancer Council’ and they would sign on the dotted line and give money, but sometimes it is helpful to have other things happening so that it inspires people,” he said.

Mr Olsen, who organises the event with the help of other volunteers, said he can carry the weight of the organisation until it grows to 20 participants, which will most likely happen this year.

At the moment the riders gain a lot of support from local people in the towns they pass through on their way from Albany to Perth in the way of accommodation and meals, which keeps the cost of the event to a minimum, but a greater level of organisation and support would be needed beyond 20 riders.

During the event, Mr Olsen broadcasts his Morning Café program from the different locations and towns the riders visit, and information is relayed to listeners about cancer research and stories of individuals affected by cancer; it is an element that creates a point of difference for the event, he said.

“The two sides are equal, raising funds and raising awareness, and we have a really good vehicle to raise awareness in that we have a radio program for a week that is really discussing those types of issues.”

Another fundraising bike ride to be held this year will be the WA Institute for Medical Research’s Sunsuper Ride to Conquer Cancer. Organisers are hoping to attract 1500 riders to the event, a 200-kilometre ride over two days in October.

Another event, the Santos Great Bike Ride for Charity, was established by the Rotary Club of Perth in 2004 and raises funds for St John of God Healthcare’s youth support and outreach arm, Horizon House, as well as Hope for Children and Heart Foundation.