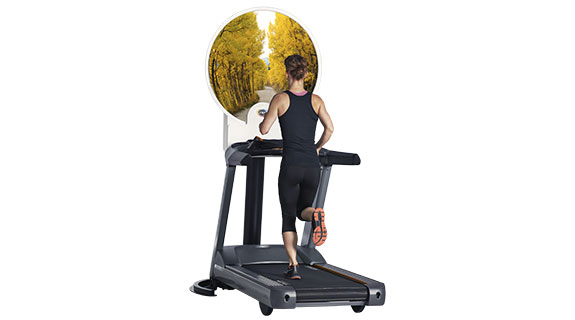 PERTH-LINKED fitness products group Running Unlimited has gone to the public for the first time to fund the next phase of its development, using the UK crowdfunding service Seedrs to raise at least £250,000 ($478,000).

Demand for specialist movies that allow treadmill runners and stationary cyclists to exercise as if they were at famous or scenic locations has pushed Running Unlimited beyond focusing on its own hardware.

Mr Hewitt said the company was repackaging itself as a digital fitness media group, as it now licenses its extensive library of footage for other purposes, such as use on traditional flat screens, moving wall art, and a host of potential new fitness-related uses.

Up to 20 per cent of the company is being offered to the public for £500,000 via the crowdfunding process, with the initial target set at £250,000 to ensure Seedrs’ ‘all or nothing’ requirement is more easily met.

Investors need to be UK taxpayers or have an introduction to the Seedrs prospectus by Mr Hewitt.

Running Unlimited’s board and seed funders are deeply connected to Western Australia, despite the company being headquartered in the UK.

New York-based creative director Richard Evans is a former legal counsel to Barron Entertainment, and was on the board of Structural Monitoring Systems.

Also on the board are UK-based entrepreneur Kevin Gibson, a director of Perth-based eBooks.com, and Tim Leunig, WA-based owner of Budget Forklifts, which has its own international cycling team.

Mr Hewitt said the specialist techniques and high production values required to shoot footage suitable for the Zone Dome had led to interest in the company’s films for other uses, both traditional and new, creating significant new potential revenue streams.

“It is about creating imaginative new ways to get more product into these gyms to monetise these films as many ways as we can,” he said.

As it turns out, one of the first places to use this material outside a Zone Dome is new gym Catalyst 24/7 Fitness in Duncraig, which has purchased its equipment from international supplier and Running Unlimited licensee, Pulse.

The company is also working with an arcade gaming group and fitness analytics equipment producers on alternative or enhanced uses of its films.

Meanwhile, its Zone Domes are not forgotten.

Mr Hewitt said in gyms where they were installed, Zone Domes were more popular than traditional equipment in terms of the time spent using them per visit.

He said a run along a beach in New Zealand was the film most often played by treadmills using the Zone Dome system.