The Perth Casino Royal Commission has heard about the relationships the state’s chief casino officer held with various Crown employees. 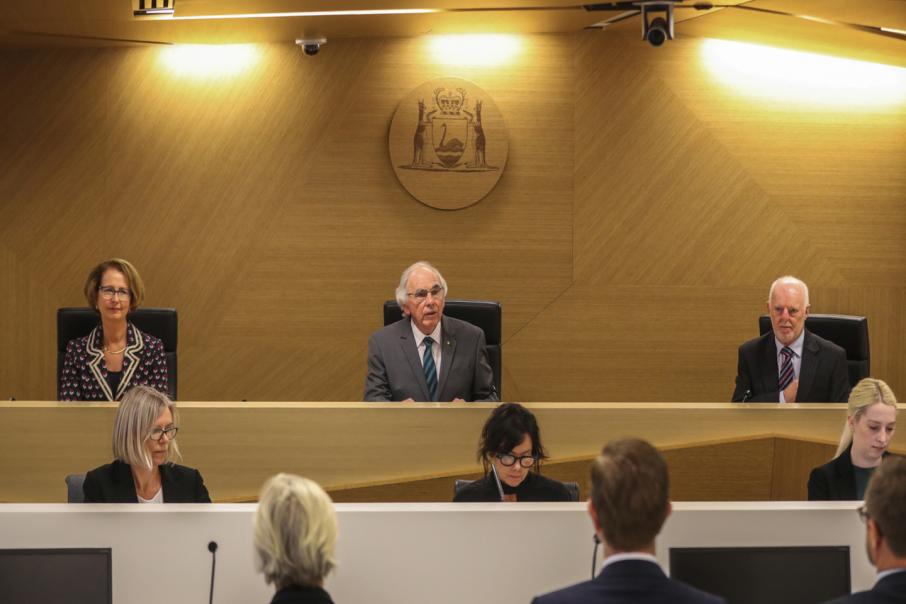 The details of the relationships the state’s chief casino officer held with various Crown employees have been laid bare, as the Perth Casino Royal Commission hearings continued today.

The first witness to appear on the third day of hearings was former WA chief casino officer Michael Connolly, who stepped aside in February amid allegations that he maintained friendships with Crown staff, including hosting boat trips.

Mr Connolly was questioned about his three decade-long career in casino regulation and his training, admitting to having had just four months of training with the department before he took on the role of casino inspector in the 1990s.

He also discussed his role as deputy director general of regulation and deputy chairperson of the Gaming and Wagering Commission, as well as the frequency of friendships between regulators and casino staff.

He divulged details about his friendship with Crown lawyer Claude Marais and compliance manager Paul Hulme, with whom he regularly met and fished with.

In his witness statement, he said both he and Mr Marais had gone crayfishing together at least a couple days of the week, for a four-to-five week period each year since about 2013.

He described the friendships as ‘enduring’, stating that he has caught up with Mr Marais and Mr Hulme for dinner since 2012, outings which often included their partners.

The witness statement included an attachment of an email Mr Connolly sent former Department of Racing Gaming and Liquor director Barry Sargeant advising him of the boat sale.

The correspondence confirms what Mr Sargeant told the commission yesterday, which was that while he was aware of Mr Connolly’s relationships with Crown staff, he had had “absolute faith” in him.

Although Mr Connolly said friendships were “frequent” in the early days of his career, he said those incidents had decreased since 2015 - when regulators stopped being based at the casino.

“I have no evidence or data to point to on this, but it would seem that that changed in 2015 because there weren’t casino regulators there all the time,” he said.

“They go there for the purpose of audit and inspection.

“Now, they spend less time together. They go there for a purpose and they leave.”

Asked whether he believed such friendships should be declared by the inspectors when they are formed, Mr Connolly replied: “It’s a very difficult thing, because I think that some couldn’t be perceived even potentially as a conflict of interest depending on the position the employee is in,” he said.

“It would need to be assessed on a case-by-case basis.”

“Declaration, I think, is the best way [to address the issue].”

The state government announced the royal commission to determine whether Crown Perth should keep its casino licence in March following allegations of money laundering and junkets linked to organised crime at Crown Resorts.

The royal commission is expected to deliver an interim report in June, with findings and recommendations to be released in November.