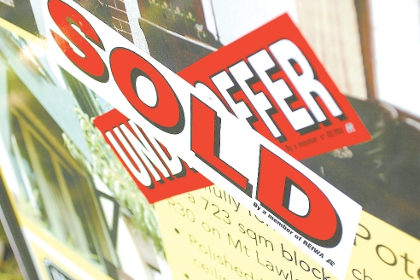 Overall home sales reached their highest level for two years in the March quarter, with first home-buyers key to the recovery, according to the Real Estate Institute of Western Australia.

REIWA president David Airey said first home owners grants (FHOG) paid for established dwellings surged over the quarter to 2,933, just short of the quarterly average since it was introduced 12 years ago.

“This strong activity from first home buyers has been a tonic to the market and we can see from current figures that as a result of this activity, trade-up purchases also improved in the March quarter for many properties above the current median of $465,000,” Mr Airey said.

Mr Airey said he expected the proportion of first homebuyers in the market to decline over time, because of the increased level of trade-up activity.

He said eight out of ten first home buyers purchased existing dwellings, which provided opportunity for trade-up buyers to sell their homes and move on.

“This return to a more balanced market has seen the overall median house price remain stable between the quarters,” Mr Airey said.