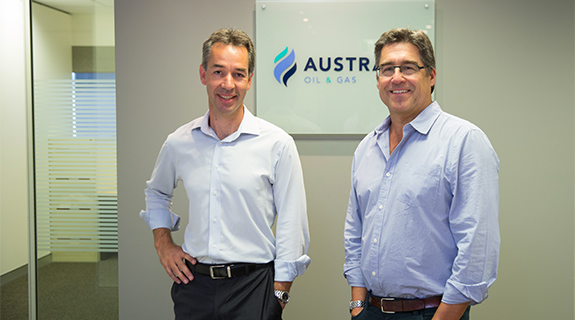 The new company, Australis Oil & Gas, has raised the $24 million through a private placement managed by broking firm Euroz Securities – up from an initial goal of $20 million.

The company’s ability to complete an oversubscribed placement at a time of depressed oil prices and weak equity markets reflects the strong support the Australis team enjoys as a result of the high returns it generated for investors in Aurora.

Aurora was one of the early movers into the Eagleford shale play in Texas and rode the US shale boom all the way to a $1.8 billion takeover in 2014.

They are aiming to repeat the Aurora success story by making counter-cyclical investments in onshore oil & gas plays, primarily in the US.

“We’re predicating our strategy on a modest recovery in oil prices, to around $70 per barrel over the next three to five years,” Mr Lusted told Business News.

”We don’t need to pick the bottom of the market, what’s more important is being disciplined in what you buy, the quality of what you buy.”

Mr Lusted said it was more than likely Australis would seek a listing on the ASX in due course.

To date it has been funded by the founders, who have already invested a little under $5 million, and contributed a further $5 million to the private placement.

Mr Lusted said the Australis team had been monitoring the market and evaluating opportunities since reforming.

“We’ve been functioning as a private company for 18 months and we’ve been patient but we feel now is the time to be prepared and start putting in place the funding required to be able to transact as and when opportunities arise,” he said.

Mr Lusted said the group’s main focus would be on the US but its entry into onshore Portugal in September reflected the opportunities that would come from its patient and disciplined approach.

Porto had to surrender the concessions after running out of money in May 2014.

“We were able to talk to the Portugese and pick up the concessions and take advantage of all that data that’s been gathered without ever being tested,” Mr Lusted said.

“For us it’s a cheap entry with a relatively low cash commitment and significant leverage to upside with a modest price recovery.”

He said Australis had been awarded two concessions in Portugal and applied for a third, but was primarily focused on the US market.

“We are in advanced negotiations around another asset in the US and we have a number of other opportunities we would like to pursue," Mr Lusted said.

“We will access additional capital going forward and we think we have the right team and the right skill set and experience base to take advantage of the environment we find ourselves in.”

This would include taking advantage of distressed asset sales by highly-leveraged companies in the US.