One of Western Australia's largest resources projects has achieved a major milestone, with the first shipment of LNG from Chevron's Wheatstone project departing to Japan today. 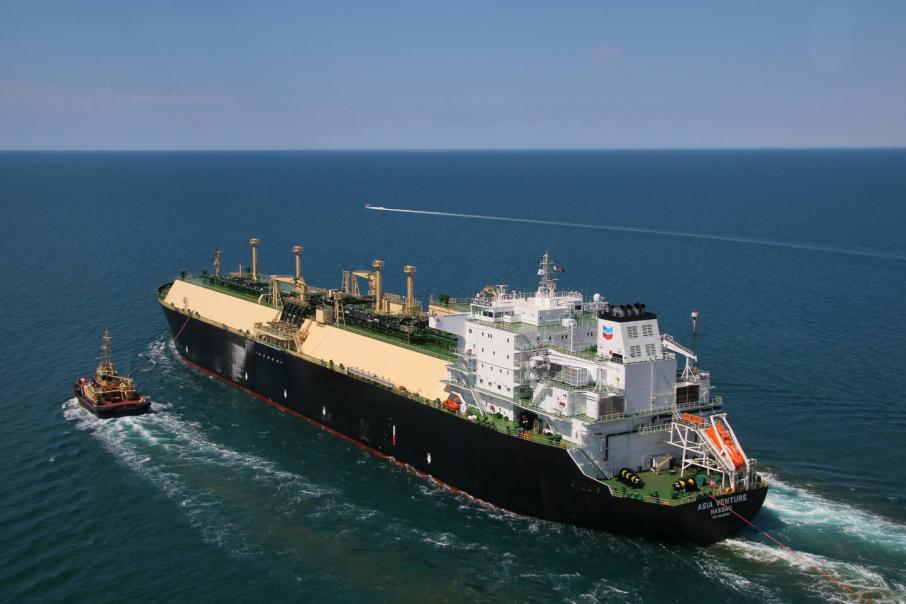 One of Western Australia's largest resources projects has achieved a major milestone, with the first shipment of LNG from Chevron's Wheatstone project departing to Japan today.

The project, which has been estimated to cost at least $US34 billion, will be Chevron's second major LNG operation in Western Australia, after the Gorgon LNG project commenced production in 2016.

Wheatstone, which is based near Onslow, has a production capacity of 8.9 million tonnes of LNG per annum through two processing trains.

US-based Chevron owns 61.14 per cent of the project, while Perth player Woodside Petroleum holds a 13 per cent stake.

A second Japanese company, Jera, also has a share, through private business PE Wheatstone, which holds 8 per cent.

Jera was a foundation customer for Wheatstone and will receive the initial cargo.

Today's shipment comes just more than six years after the final investment decision was made on the project, and means just two large scale LNG projects in the North West are yet to begin shipments.

They are Inpex's Ichthys, which is to begin production in 2018, and Shell's Prelude FLNG.

Wheatstone train two is also due next year.

Chevron Australia managing director Nigel Hearne said the shipment showed the company's commitment to be a long-term supplier of natural gas in the region.

“The first Wheatstone cargo also represents the significant contribution of our partners, contractors and suppliers and efforts of thousands of people onsite, throughout Australia and around the world during the engineering, construction and operations phase," Mr Hearne said.

"Through collaboration our goal is to efficiently develop and commercialise this resource.”