First State Super has made its first major investment in Western Australia, with the Sydney-based superannuation fund signing a $190 million funding agreement with Sirona Capital for the Kings Square Fremantle redevelopment. 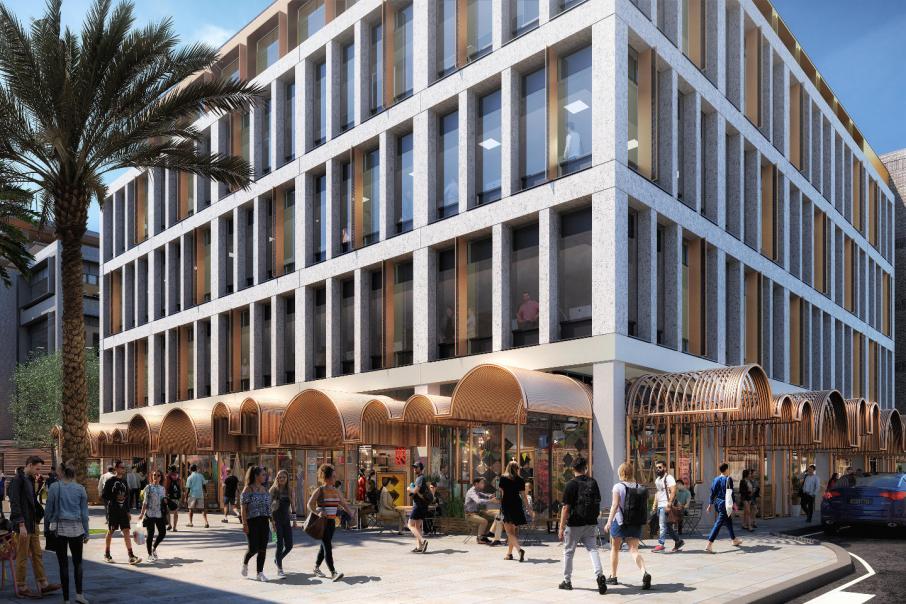 The Kings Square project in Fremantle will transform the area into a renewed retail, office, entertainment and cultural precinct. Image: HASSELL

First State Super has made its first major investment in Western Australia, with the Sydney-based superannuation fund signing a $190 million funding agreement with Sirona Capital for the Kings Square Fremantle redevelopment.

The funding package comprises construction and term debt for the $220 million Sirona Capital project, which involves the redevelopment of the former Myer building and the demolition of the Queensgate building to deliver new commercial office and retail space.

Sirona Capital managing director Matthew McNeilly said Sirona had looked at a variety of funding models, including traditional forms of bank financing, however, the credit market in WA had been tough due to the tightening of lending guidelines and funding availability.

Sirona responded by turning to alternative lenders such as super funds to provide funding.

“It’s the lifeblood of the real estate development industry but there’s probably less interest now from the big four (banks) than there has ever been,” Mr McNeilly told Business News.

“We were attracted really to what is a burgeoning alternative credit market.

“This isn’t only Australia’s super funds but also some of the big global private equity firms that clearly want to play in this market and are seeing the opportunity.

“For real estate development it’s great to have a new entrant into the market, because there is a significant development pipeline not only within our business, but building off the back of state government policies, like Metronet, and we’re going to need all the credit provision that we can get.”

First State Super head of real assets Damien Webb said the group had been considering a range of opportunities nationally, and now was a good time to invest in WA, with analysis of capitalisation rates, supply and demand, as well as vacancy rates suggesting the trajectory was improving for the state.

“We’re always looking for counter-cyclical opportunities that have some tailwinds and we think we’ve found that with this particular opportunity,” Mr Webb told Business News.

“It was very much on strategy for us; we look to develop new-generation assets in areas that are ripe for urban regeneration."

“We look to invest in ways that will provide long-term sustainable returns to our members and at the same time contribute to the growth of the wider community," he said.

"We believe this investment will do this.”

The state government has already committed to a 15-year lease for 20,000 square metres across two buildings at Kings Square to accommodate functions of the Department of Communities.

The retail component, branded FOMO (Fremantle on My Own), will provide a new urban, retail, food and dining destination.

Demolition works at the project site are under way, overseen by Probuild, and on track for completion September 2019, with the government to take occupation and FOMO to open early 2020.

The project forms part of a larger $270 million Kings Square revitalisation, a joint venture between Sirona Capital and the City of Fremantle, with the city contributing $50 million to a new civic centre.