Mergers and land development opportunities have brightened the outlook for environmental services operators. 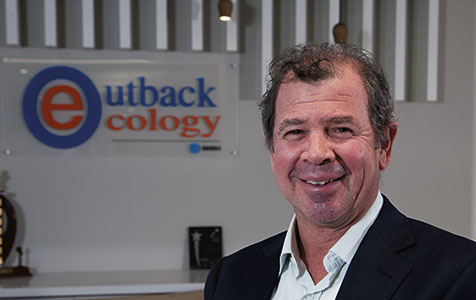 Many of Western Australia’s environmental services firms have experienced a softening in activity because of the mining slowdown, but mergers and acquisitions and opportunities in land development have brightened the outlook.

Engineering firm Sinclair Knight Merz held on to the top spot in Business News’ Book of Lists this year (ranked by number of staff), despite losing 50 WA environmental professionals.

SKM, which was acquired by California-based engineering giant Jacobs Engineering for $1.3 billion last month, was just one of the companies in the Book of Lists affected by mergers and acquisitions.

Fifth on the list was Outback Ecology, which merged with engineering firm MWH Global in July.

Listed company Coffey, which declined to provide staffing details to Business News, illustrated the challenges facing the sector when it announced in August it had let go of 290 staff across its global business.

In its most recent financial report, Coffey said a $10.2 million restructure had taken place to counteract “slowing business, especially in Australia, where resources and infrastructure projects were cancelled or delayed”.

Land development clients have presented a stable platform for ranked RPS (ranked 11), according to business director of environment, land and infrastructure, Steve Rolls.

He said there had been a slowdown in environmental impact assessment work after the GFC, but clients were now looking to expand their portfolios and this had led to more work for RPS.

“A long time ago environmental approvals were seen as more of a hurdle to go through, but now our clients realise about place-making and the community and the better the environment is, the better marketing position they’ll be in as well, so it’s a win for everyone really,” Mr Rolls said.

There are still opportunities for work in the resources and energy sector and WorleyParsons, which remained the third-largest company with a steady count of 100 environmental professionals, has the environmental services panel contract with Woodside.

This month Resource Development, ranked 13, announced it would relocate its four subsidiaries to one office location on Murray Street in the CBD by the end of the year.

“This move is a sensible business decision which will enable RDG to house all subsidiaries under one roof, allowing us to work together smarter, reduce our overheads and making it easier to offer an integrated service offering to our clients,” Mr Brill said.

Further down the list at 16 is engineering firm PDC, which is up from 28 last year.

PDC hired 15 environmental professionals as part of a business strategy to increase its engineering capability as it steps up its use of technology, called building information modelling (BIM).

Boosting its capacity to provide BIM services was one of the reasons it acquired Emerson Stewart Consulting from its parent company, OTOC, in July last year.