Bank bashing is an old sport usually practised by external critics, but 2016 could be the year when big banks discover that their greatest threat comes from within – something that should concern bank shareholders as much as employees. 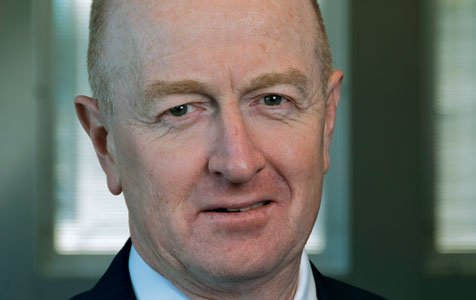 Glenn Stevens has spoken favourably of the technology behind Bitcoin, known as Blockchain.

Bank bashing is an old sport usually practised by external critics, but 2016 could be the year when big banks discover that their greatest threat comes from within – something that should concern bank shareholders as much as employees.

Technology lies at the heart of what’s happening in the banking world; and some of the smartest people in the industry are voting with their feet, quitting old-style banks for the new generation of ‘fintech’ companies.

At the core of the fintech revolution lies the appeal of faster and better computer systems, coupled with the attraction of a new business run by hand-picked tech-savvy staff, a structure that attracts less government regulation, and no legacy issues from old systems and unionised labour.

A glimpse of what’s to come was observed during a recent visit I made to London, which retains its status as one of the world’s financial capitals, alongside New York and Frankfurt.

It is in the cold heart of global finance that the fintech revolution is gathering pace; and while we have seen glimpses of it in Perth, such as the rise of peer-to-peer lending, the real game is being played at a much higher level (and is starting to destabilise some of the world’s oldest and biggest banks).

What they see is a banking world driven by all-encompassing online financial services, high-speed payments systems, cross-border transactions and even digital currencies of the sort that have even caught the eye of Glenn Stevens, governor of the Reserve Bank of Australia.

In his annual end-of-year interview, Mr Stevens singled out the technology behind the Bitcoin digital currency as something conventional banks should learn how to use.

He did not suggest that Bitcoin itself had much of a future, but its Blockchain technology, which creates a digital record spread across separate computers, offered great appeal over a single, centralised, ledger of banking transactions.

He described the Blockchain technology as both fascinating and important.

Mr Stevens is not alone in looking at Blockchain and a host of other technologies that have the potential to supersede banking systems as we have grown to know them, if not actually like them.

How quickly new banking systems emerge, or whether they will even by owned and operated by conventional banks, is one of the interesting questions to be asked over the next few years.

Three other points need to be made about what’s likely to start happening in banking in 2016.

Firstly, the pace of change could be a lot quicker than currently seems possible, which is why there appears to be a mass exodus of highly-qualified conventional bankers to the fintech world. They can smell change and opportunity.

Secondly, one of the first attempts to analyse fintech as an industry points to its enormous potential, with researchers at investment bank Goldman Sachs tipping that fintech could directly attack annual global bank revenue of $US4.7 trillion (yes, trillion), and profits of $US47 billion – which is quite an appealing target for a new industry.

Thirdly, old banks are struggling with technology and the need to continually retrain staff, while also being forced to use old computer systems that sometimes clash, while operating from old facilities unsuited to a technology revolution.

As a final point, there are too many examples of technology upending an existing business model for banks to ignore what’s happening.

The Uber taxi service is just one example of a new business model attacking a centuries-old model with new and better technology. Media distribution is another, with online services eating into print.

In most cases, service providers with businesses based on older processes have suffered from an attack of the startups, and banking looks like it could be next to feel the heat.

Can the big banks as we know and love them fight back?

Yes, is the answer, but probably not from within their existing structures. An easier way for an old bank to join the fintech revolution would be to create a separate business model in the same way Qantas created Jetstar to beat back low-cost rival, no-frills, competition in the airline business.

Whether the people running the big banks are prepared to take the risk of cannibalising their existing operations will be the critical test.