Finbar to set up shop in Karratha 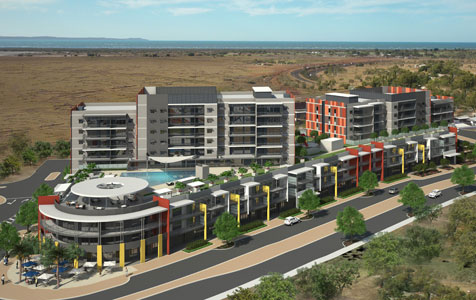 An artist's impression of the completed Pelago East development in Karratha.

Apartment developer Finbar Group plans to establish a regional office in Karratha as it works to lift sales of its Pelago projects.

Robin Vandenberg has been appointed to head the Karratha office, which will be opened in October when Pelago East is due for completion.

That follows the completion last year of Pelago West, which was Karratha's first mid-rise apartment project.

Pelago West has 114 apartments, and Pelago East will add another 174 apartments to a market that is coming off the overheated conditions of recent years.

It has found that many workers in Karratha are unwilling to purchase apartments because they are in the town for only a few years.

Finbar operates as landlord for the balance of completed, unsold housing.

The two projects also have 3,000 square metres of commercial space.

Mr Vandenberg has lived in Karratha for 37 years and will manage sales and leasing of the Pelago East and West projects.

"The establishment of our Karratha office ensures Finbar is an integral part of the local business community and allows us to manage our ongoing investment and commitment to the town effectively," managing director Darren Pateman said in a statement.