Finbar to kick off second stage of Applecross apartments

Finbar Group is responding to increased demand for larger apartments with the launch of the second stage of its Applecross development, a $143 million tower to complement its nearly-completed Sabina building on Canning Highway. 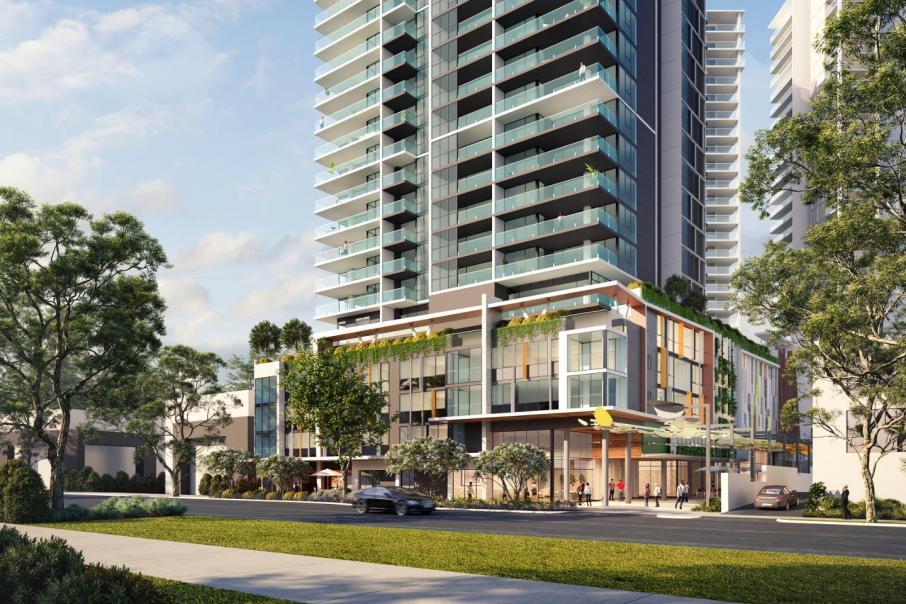 Finbar Group is responding to increased demand for larger apartments with the launch of the second stage of its Applecross development, a $143 million tower to complement its nearly-completed Sabina building on Canning Highway.

Finbar said it would officially launch sales for Aurora, a 118-apartment, 26-storey tower on March 14.

Managing director Darren Pateman said the Aurora building would be pitched at high-end purchasers, to complement the more entry-level apartments on offer at Sabina.

Mr Pateman said more than 50 per cent of the Sabina project had sold, including more than $6.2 million since January.

“Sales at Sabina showed there was significant interest for larger apartments, which will be a feature at Aurora,” Mr Pateman said.

“Each floor will have no more than six apartments as we cater for those looking for large three-bedroom apartments.”

The Aurora launch follows a solid half-year FY2020 result for Finbar, which achieved a net profit of $6.64 million for the six months to December 31.

Finbar’s half year result was a marked improvement over the $1.89 million net profit in the prior corresponding period.

Sales at Sabina are expected to drive earnings for the second half of the financial year, as well as will the One Kennedy project, which is expected to be complete in May.

Finbar expects to launch a sales campaign for apartments at its landmark Civic Heart project in South Perth towards the middle of the year.

“Despite ongoing global uncertainty which now appears to be focused around the long term economic impacts of Covid-19, I am encouraged by the improvement in trading conditions that we have experienced in the year to date and we believe this will play well into the timing of the release of both Aurora and Civic Heart in the following weeks and months,” Mr Pateman said at the release of the company’s results.

“We remain cautiously optimistic about seeing a gradual recovery in the Perth residential market as recent figures have indicated and that we are well positioned to take advantage of that uplift in sales through our approved project pipeline.”