Finbar to build high-rise in Karratha

Property company Finbar Group has been named by the state government as the preferred developer of a new housing project, including a 10-storey high-rise, in Karratha, valued on completion at $225 million. 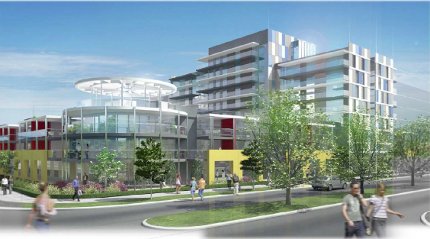 An image of one of Finbar Group's housing projects in Karratha.

Property company Finbar Group has been named by the state government as the preferred developer of a new housing project, including a 10-storey high-rise, in Karratha, valued on completion at $225 million.

The residential and commercial precinct, comprising of two lots, are part of the Liberal-National government's $300 million Pilbara Cities initiative, and will be delivered through the royalties for regions program.

Finbar said the projects will take place north of Warambie Road on the corner of Sharpe Avenue on Karratha, and will be the first of their kind in the Pilbara.

The buildings will house about 300 residential apartments, some in a possible 10-storey building, and will include 3,000 square metres of shops, offices and food outlets.

"In order to develop Karratha into a modern, vibrant city of the north, with a diverse economy and high amenity, it is critical we explore and develop new and progressive accommodation solutions such as this high-rise project," Lands Minister Brendon Grylls said.

Finbar chief executive Darren Pateman said the company would commit $20 million in working capital to the projects with the funds to be used for land acquisition, establishing a construction workers camp and other various works.

The balance of the project will be funded by way of traditional construction finance from Finbar's bankers.

"The end value of the projects will be approximately $225 million combined," Mr Pateman said.

"We are currently conducting a capital raising to ensure that our strategic expansion into the Pilbara does not restrict the significant growth opportunities that exist in our Perth apartment business where we are actively pursuing new development sites to bolster our project pipeline."

The plan for a high-rise block in Karratha is not new with the idea proposed two years ago by Sydney property developer Vicon.

Vicon's proposal was to include some commercial space and a restaurant.