The owners of egg producer Golden Egg Farms are set to reap a big profit after striking a deal with apartment developer Finbar Group for a $109 million project in Palmyra. 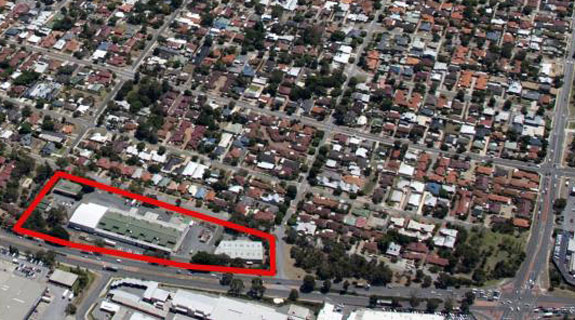 The owners of egg producer Golden Egg Farms are set to reap a big profit after striking a deal with apartment developer Finbar Group for a $109 million project in Palmyra.

Under the terms of the deal, Golden Egg Farms’ 26,642 square metre site on Leach Highway will be turned into 254 medium-density apartments.

Golden Egg Farms will provide the land for development, Finbar will contribute the working capital and obtain finance, and the two parties will share equally in development profits.

Golden Egg Farms has occupied the Palmyra site since 1971 but is gradually relocating its operations to other sites it already owns in and around Perth.

The project represents a new area for Finbar, which has undertaken most of its projects in inner suburbs such as East Perth, Rivervale and South Perth.

The company’s initial design concept has the site being redeveloped into approximately 254 apartments in two equal size stages.

It comprises one, two and three-bedroom apartments in a walk-up low-rise structure, with below ground parking and two swimming pools.

The project has an estimated end value of $109 million, implying an average value per apartment of $429,000.

The redevelopment site is close to houses the state government was planning to demolish to make way for its proposed Perth Freight Link project, which is currently under review.

Finbar managing director Darren Pateman said the project was aligned with the company’s strategy of providing entry level products in prime locations to appeal to the younger owner occupier and broader investor market.

The company is targeting a marketing launch in 2016.