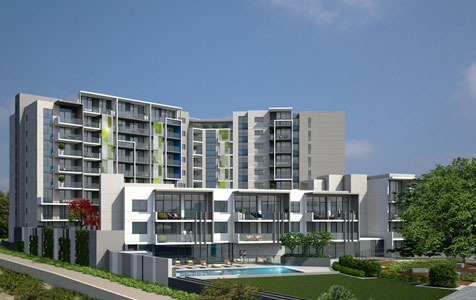 Under the arrangement, Finbar will issue 5 million shares to Hanssen under a loan agreement, which is required to be repaid within five years at bank business loan interest rates.

The price of the shares will be calculated by Finbar’s volume weighted average price over the next 20 business days.

Finbar managing director Darren Pateman said in a statement to the ASX that the arrangement would secure the company’s current development pipeline and provide a distinct competitive advantage.

Hanssen and Finbar have had an exclusive builder-contractor relationship for the past 15 years, but have only now signed a formal agreement.

“This agreement guarantees Hanssen’s services for a further 10 years and ensures that we continue to protect and retain two of our most competitive advantages as a developer in WA, namely our low-cost construction base and development agility,” Mr Pateman said.

“As such, the board is of the opinion that this transaction not only aligns the interests of our primary contractor to the long-term success of the group, but also secures adequate resources to develop the $2.15 billion pipeline that the company continues to bolster and is due to be developed within the next six years.”

The plan is to develop more than 130 apartments with a ground floor commercial space, with the project to have an end value exceeding $75 million.

Finbar will contribute $2.5 million as working capital, obtain development finance and manage the development of the property.

Finbar said it would share development profit equally with the landowner, the identity of which it did not disclose, as well as earn a management fee.

Design works are under way, with marketing to begin within the next 12 months.

The project is located 200 metres from Finbar’s Spring View Towers project, and 350 metres from its Arbor project, which has just commenced marketing.

Mr Pateman said the Springs precinct was evolving into an exciting and desirable residential and commercial address.

“This particular site is located on the main entrance to the Springs precinct and we will soon be engaging with statutory authorities to propose a scheme that we believe will provide an extraordinary entrance to the subdivision, and further revitalise the area with more employment and housing opportunities,” Mr Pateman said.