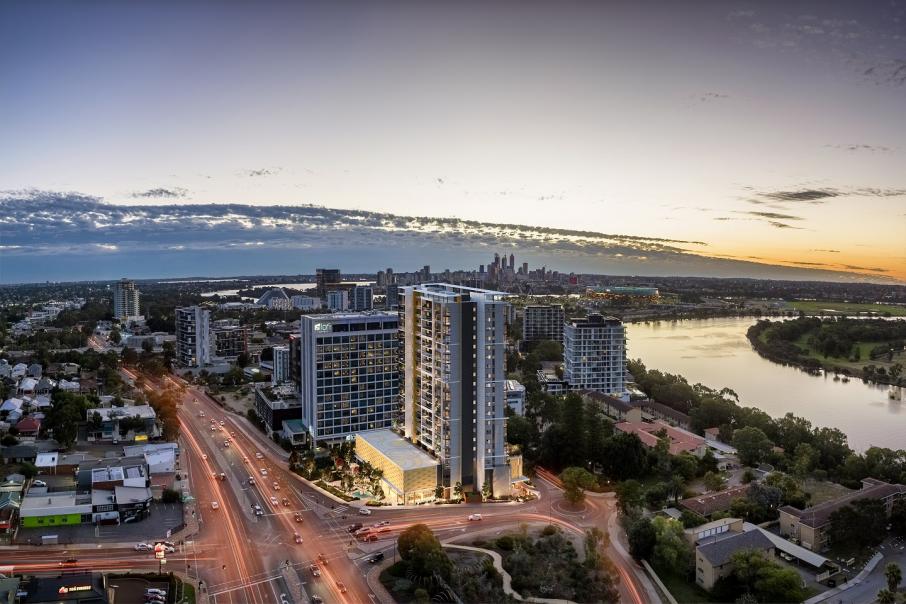 A render of Finbar's The Point development.

Finbar Group held its annual general meeting today, telling shareholders that the company was continuing to benefit from strong demand for completed apartments, but has also seen growth in investor interest.

Finbar has already sold 35 apartments from The Point off-the-plan, to the value of $20 million.

As a result, Finbar said it would start construction on the project this financial year, ahead of schedule.

“The strong launch of The Point featured a number of investors and first home buyers and reflects the range of product offered at the project as well as its location close to the city and river, Optus Stadium and Crown Entertainment Complex, and the airport,” he said.

"Since the downturn it has been very much an owner occupier market, but with low interest rates, vacancy rates and now with periods of sustained growth, investors are coming back."

Mr Pateman said investors comprised about 20 per cent of the market during the last 18 months, but seeing that climb to 50 per cent for The Point was encouraging.

Finbar currently has $495 million in apartment value under construction and is scheduled to commence a further $231 million in value this financial year.