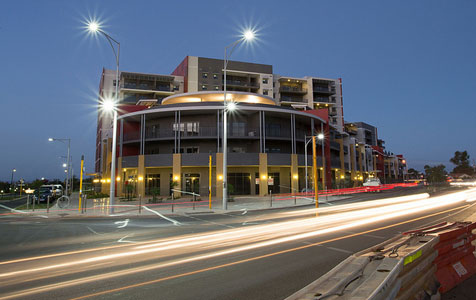 Apartment developer Finbar Group has responded to scathing criticisms from the Labor opposition of the state government’s investment in its Pelago project in Karratha, saying comments from opposition leader Mark McGowan were misinformed and incorrect.

Mr McGowan launched an attack on the state government yesterday, saying its decision to buy 50 apartments at Pelago East in 2012 for around $30 million had exposed taxpayers to losses, and the money could have been better spent on schools and hospitals in the regions.

Finbar said the sale was made at a 15 per cent discount to the prevailing market price of Pelago apartments.

Of those apartments, 22 have been set aside for government workers, while 28 have been put up for sale.

To date, none of the apartments have sold, and are being offered under a shared equity arrangement.

Mr McGowan said the government was now essentially competing against Finbar in the Karratha property market, where unit prices have fallen by more than 25 per cent in the last five years.

However, Finbar said the price of Pelago apartments had not been affected by the downturn due to a shift in the market towards modern accommodation.

Finbar also refuted Mr McGowan’s claim that the government had paid a first instalment of $24 million for the apartments well before the completion of the project, contrary to usual market practices.

The developer said any payments received were held in a trust until settlement, with the company not having any access to the funds until the project was completed.

The opposition leader also said the apartments did not match up with the lifestyle requirements of Karratha workers and their families.

But Finbar said the fact that 90 per cent of its apartments at Pelago were leased, with the remainder expected to be spoken for within weeks, showed significant demand for apartment product in Karratha.

“Despite the abundance of traditional accommodation in Karratha, Pelago continues to attract new residents due to the appeal of apartment living in WA.”