Finbar profit down but outlook solid 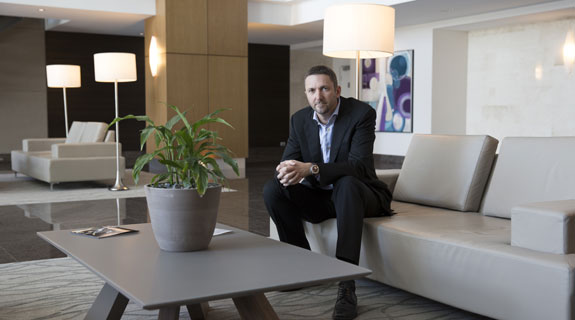 Apartments developer Finbar Group is expecting a stronger second half of FY2015, after lodging a net profit of $11 million in the first six months of the financial year; but it does not expect to continue its eight-year run of record full-year profits.

Finbar said the majority of its earnings in the six months to December 31 came from its Spring View Towers project in Rivervale, with 164 apartment sales settling in the reporting period.

Revenue came in at $26.4 million, down from $134.2 million in the previous corresponding period, while its net profit was down 42 per cent from a record half-year result of $18.8 million in the first six months of FY2014.

However, in the first half of FY2014, the group’s revenue was significantly boosted by the fact that the two major completions that occurred, St Marks and Pelago West, were 100 per cent-owned projects.

Spring View Towers was a 50:50 joint venture with Finbar's long-term partner, Indonesian-owned Wembley Lake Estates, and, like all the company's joint ventures, earnings from that project were accounted in the group's equity, rather than revenue. Finbar said it was expecting a much stronger performance in the second half of the year, with its $86.2 million, 45-apartment Toccata luxury development in East Perth and the $166.2 million, 245-apartment Subi Strand on track for completion.

However, Finbar managing director Darren Pateman said the company’s eight-year run of record profits was due to come to an end.

“Both of these projects are on budget and have pre-sales which, when settled, will improve our financial results in the second half to ensure a respectable profit for FY15, although we do not anticipate a financial result that matches last year’s record profit,” Mr Pateman said in a statement to the ASX.

“At this stage we are not providing any profit guidance for FY15 as this will be determined by the number of apartments that are sold and settled for both of these significant projects by June 30 2015.”

Across its portfolio, the developer said it held 630 pre-sales contracts with a total value of $428.1 million at December 31.

Projects under construction include the $76.4 million Arbor North in Rivervale, the $36.2 million Norwood on Lord Street, the $199.4 million Concerto in East Perth, and the $85.1 million Unison on Tenth in Maylands.

Finbar is planning to launch marking in March for its $133 million Aurelia project in South Perth, which is expected to top up the already robust level of sales activity.

Other projects Finbar is actively marketing include its $82.7 million Motive apartments in West Leederville and its $66.6 million Linq apartments in Northbridge.

Also in the pipeline are a $300 million, 30-storey complex at South Perth’s Civic Triangle site, where a development application has been lodged for approval, and a $150 million development at 63 Adelaide Terrace in East Perth which is still in the planning phase.

Other major projects for future years include three more apartment buildings at Springs Rivervale, a second project in Maylands and another in West Perth, at 647-659 Murray Street.

“These future projects will ensure Finbar is very well positioned to secure earnings growth in the years ahead,” Mr Pateman said.

Finbar will pay an interim dividend of 4 cents per share.