Finbar Group has repositioned its stalled Port Hedland apartment project, announcing today that it has obtained ministerial approval to build more than 700 apartments in a 10-storey tower near the town centre. 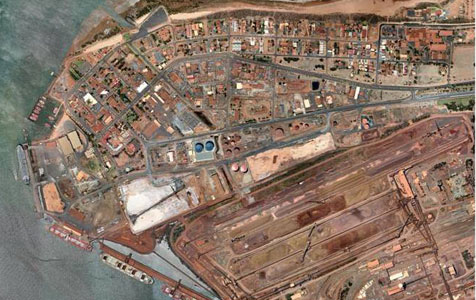 Finbar Group has repositioned its stalled Port Hedland apartment project, announcing today that it has obtained ministerial approval to build more than 700 apartments in a 10-storey tower near the town centre.

The company had originally planned to build 367 short-stay apartments, along with 3,900 square metres of commercial space, on the former Port Hedland hospital site.

Those plans, announced in July 2012, failed to proceed, amidst concern over the adverse impact of dust emissions from the nearby mineral stockpiles.

In August last year, the Environmental Protection Authority opposed amendments to the town planning scheme covering an adjacent development site, specifically because it was worried about the dust emissions.

Finbar has come up with an alternative plan that involves the development of 550 permanent residential apartments, 163 short-stay apartments and 2,300 square metres of commercial space.

The value of the project upon completion has increased from $300 million to $400 million.

Finbar said it had obtained formal advice by the Western Australian Planning Commission to confirm that the relevant town planning scheme amendment has been approved by Acting Planning Minister Kim Hames.

(He was acting in the role because Planing Minister John Day wanted to avoid the perception of a conflict of interest, related to his ownership of shares.)

The revised project remains subject to gaining development approval from the local council.

Finbar said it was now finalising documentation with LandCorp to acquire the site with a view to seek development approval for the first stage of the project, consisting of 138 residential apartments and 800sqm of commercial space.

It will proceed to commence construction of the first stage (and subsequent stages) once sufficient pre-sales have been achieved.

“We are very excited to have received the news that the proposed scheme has been accepted and will soon be gazetted," managing director Darren Pateman said.

"This important site in Port Hedland with a project end value of approximately $400 million will be fully utilised to fulfil a pent-up demand for cosmopolitan living in this Pilbara community and become a place which workers will prefer to call home.

“We have gained significant experience from our entry into regional markets and strongly believe Finbar can benefit greatly from the expertise gained."

Finbar has traditionally focused on the Perth inner-city market but last year compelted the second stage of its multi-storey Pelago apartment project in Karratha.

While stage 1 of Pelago sold quickly, the second stage achieved much slower sales, with Finbar looking to lease remaining stock.