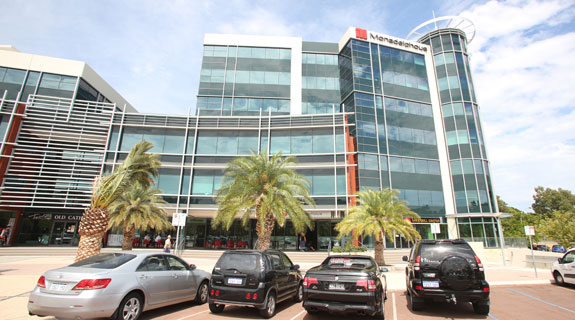 The Gateway building is yet another Perth asset snapped up by a Singaporean buyer.

Listed development company Finbar Group has sold Monadelphous Group's headquarters, the Gateway Building in Victoria Park, for $72.8 million, the latest in a growing string of assets bought by Singaporean companies.

The asset, of which Finbar held a 69 per cent stake, was listed for sale in October last year, while the deal is expected to settle in March.

The remaining stake is held by Indonesian group Wembley Lakes Estates Pty Ltd, which was Finbar's joint venture partner in developing the building.

The joint venture purchased the development site on which the Gateway Building now sits in 2006 for $12.5 million, with Finbar initially having a 50.2 per cent stake in the project.

Finbar managing director Darren Pateman said the deal would result in $20 million coming back into the company to be put towards other projects, with the sale price consistent with the building’s external valuation and carrying book value.

“The sale of the Gateway Building represents a timely disposal opportunity where we can seek to deploy more funds into our core business of residential apartment development, which has a very robust pipeline of exciting and large scale projects,” Mr Pateman said in a statement to the ASX.

The deal was brokered by Colliers International director of investment services Ian Mickle, who was expecting an offer exceeding $75 million when the building was put up for sale in October.

“The office market has softened over the last 12 months, so that has an impact on risk and therefore yield, but the price was in line with valuation,” Mr Mickle said.

The identity of the buyer was not disclosed, but it is understood it was a major property investment company based in Singapore.

Earlier this year, Business News reported on the growing appetite of Singaporean buyers for Perth property assets, with the Gateway Building deal taking the total spend by investors from the South East Asian nation north of $320 million in the last 12 months.

Monadelphous’ lease at the building, which was completed in 2010, runs through until 2022.

The transaction follows a quiet year for major office deals in 2014, with the only significant deals being the sale of the Septimus Roe Tower and 130 Stirling Street, both of which sold for around $90 million to Singaporean buyers, Far East Organisation and Hiap Hoe, respectively.

In total, there was just $258 million worth of office transactions in the Perth CBD in the year to December 2014, in stark contrast to $13.9 billion worth of commercial deals Australia-wide.

Mr Mickle said he expected 2015 to be a stronger year, but acknowledged a lack of significant assets listed for sale would remain a constraint on transactions.

“There is nothing available on the market at the moment, but there are always assets that people may consider selling if they get the right price,” Mr Mickle told Business News.

“But there is still a lot of appetite for quality assets, from offshore investors in particular.

"The Australian dollar has dropped further, so our market is even more attractive, we have very strong yields and interest rates are coming off as well, so the trifecta of key indicators is very positive for the market.

“So while the office market is going through some tougher times in terms of vacancy levels, if you’ve got quality assets with good lease profiles, there is good demand for those assets.”