Apartment developer Finbar Group has lifted its net profit expectations for the 2018 financial year as a result of what it says are improved market conditions and project settlements. 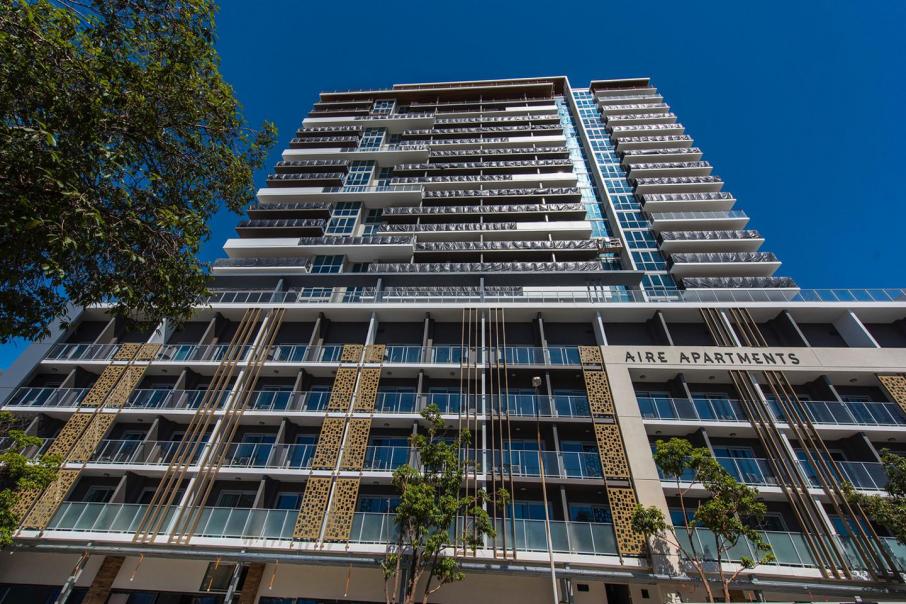 Finbar says settlements at its projects Aire (pictured) and Aurelia have gone smoothly.

Apartment developer Finbar Group has lifted its net profit expectations for the 2018 financial year as a result of what it says are improved market conditions and project settlements.

The ASX-listed company announced today that it had revised its profit guidance and that it expected to be reporting a net profit after tax of approximately $14 million for the financial year ending June 30 2018.

This follows Finbar’s announcement in April, when it expected net profit after tax for FY18 to be approximately $12 million.

Finbar managing director Darren Pateman said the group was pleased to report that it was seeing signs of an improving market.

He said settlements at its completed projects Aire in West Perth and Aurelia in South Perth went smoothly, which had helped improve the group’s guidance numbers.

“More encouraging conditions in the Pilbara have also helped reverse the revaluation impairment cycle which we have experienced for several years,” Mr Pateman said.

“As a result we are pleased to provide our updated guidance and announce a final dividend of 3 cents per share.”

The group’s operations in the Pilbara are part of the state government’s ‘City of the North’ initiative.

In 2010, Finbar was chosen by the state government to develop a residential complex as part of the Pilbara’s long-term plan to turn Karratha into the ‘City of the North’, and has since delivered 310 residential and commercial units across its Pelago East and Pelago West developments.

The group has several major Perth-based projects currently under construction: the $146.7 million Vue Tower on Adelaide Terrace; the $49.6 million Reva apartments on Harper Terrace in South Perth; and the $49.9 million Palmyra Apartments East Estate, with all three projects due for completion in mid-2019.

Sabina Applecross is due for completion in early 2020.

At the time of writing, Finbar’s shares were up 4.8 per cent at 97 cents per share.